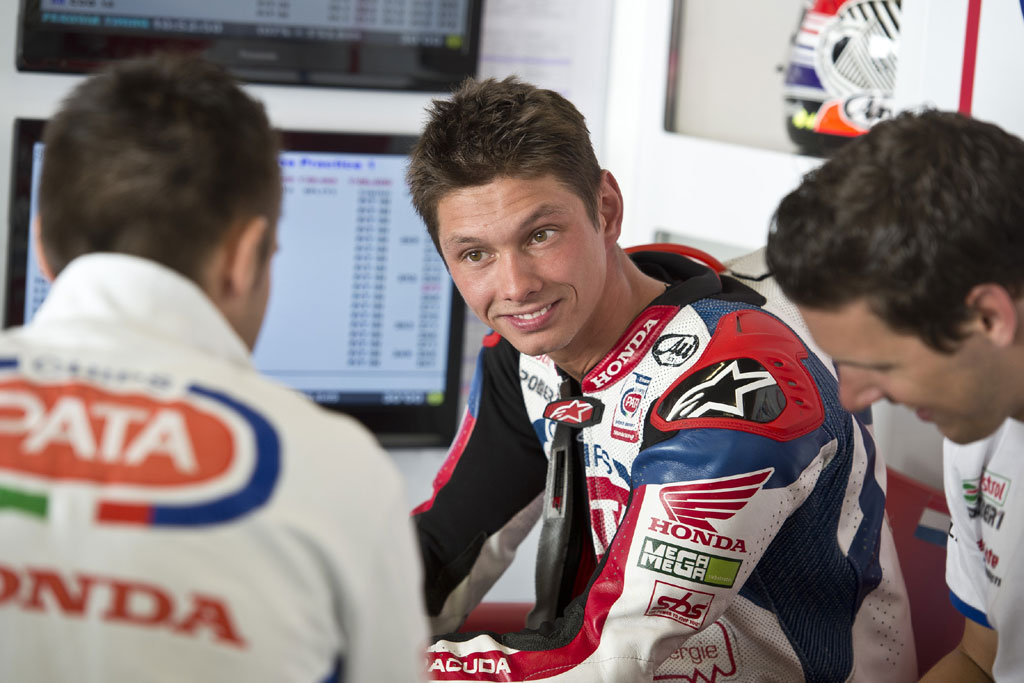 After an extended summer break, the Pata Honda World Supersport team is heading to the Jerez circuit in Spain for round nine of the 2014 series this weekend (5-7 September) with Michael van der Mark in a strong championship position. With a 53-point lead over his nearest rival and a maximum of 75 points available from the remaining three races following the recent cancellation of the South African round scheduled for 19 October, the 21-year-old Dutch rider knows he is in control.

The World Supersport championship has not had a round since 6 July when van der Mark won at Portimao in Portugal but he and his Pata Honda team-mate Lorenzo Zanetti at least got the opportunity to race for Honda at the prestigious Suzuka 8-hour race in Japan at the end of July. For van der Mark it was a second successive victory in the prestigious endurance event with his MuSashi Harc-Pro Honda team-mates Takumi Takahashi and Pata Honda World Superbike rider Leon Haslam. Zanetti also took part at Suzuka alongside another Pata Honda rider Jonathan Rea.

Michael van der Mark: “To be honest, this summer break has been a little bit too long but it was great to have the opportunity to return to Suzuka at the end of July and win the 8-hour race again with Leon (Haslam) and Takumi (Takahashi). I had a little holiday in the sun after that and I’ve been training hard to get ready for racing again. It will be a little strange to get back on the smaller CBR again after riding the Fireblade in Japan, but I am really looking forward to riding it again. I will approach this weekend in exactly the same way as normal, which is to try and win. I will have the championship in my mind as always though and just try to do the best that I can.”

Pieter Breddels -technical co-ordinator: “It will be good to get back to racing at last and, with only two races remaining after this weekend, Michael is understandably keen to finish the job in Jerez. He is in a strong position, of course, but our approach will be exactly the same as earlier in the season when our job has simply been to prepare the CBR so that it can fight for the podium Sunday’s race and let Michael do the rest.”