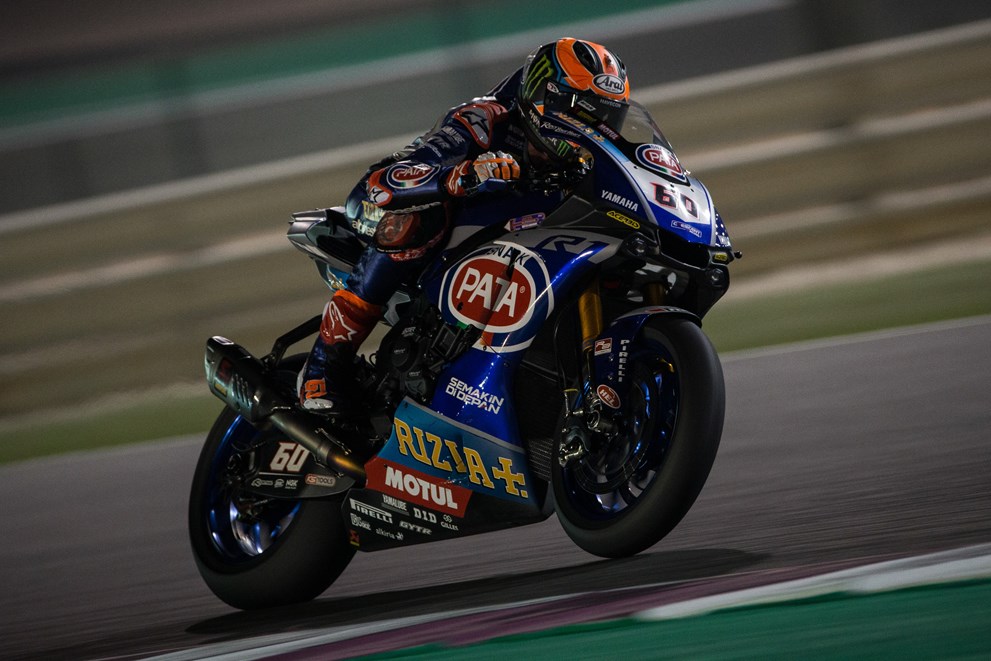 Pata Yamaha WorldSBK with Rizla rider Michael van der Mark was involved in an intense battle for fifth place in today’s first WorldSBK race with Leon Haslam in the closing stages of the race, with the Englishman passing Yamaha’s Dutch rider on the final lap to leave him sixth at the chequered flag. The race was run in sweltering conditions under the floodlights at the Losail International Circuit.

Van der Mark was disappointed to finish only sixth in Qatar this evening, having struggled throughout the race with a lack of rear grip, especially on corner entry, most likely a consequence of the increased humidity. The Dutchman is confident he and his crew can find an improvement ahead of tomorrow’s two races, which will bring to a close the 2019 WorldSBK season.

Michael van der Mark – Pata Yamaha WorldSBK with Rizla – P6: “My start tonight wasn’t too bad but the first few corners were a bit of a mess. I was struggling with almost no entry grip from the first lap onwards, which made for a long and difficult race for me. We need to find out what caused the issue, as we didn’t make any changes after Superpole, where I had a really good pace on the race tyres. I’m confident we can find a solution and be back out there ready to fight again tomorrow.”