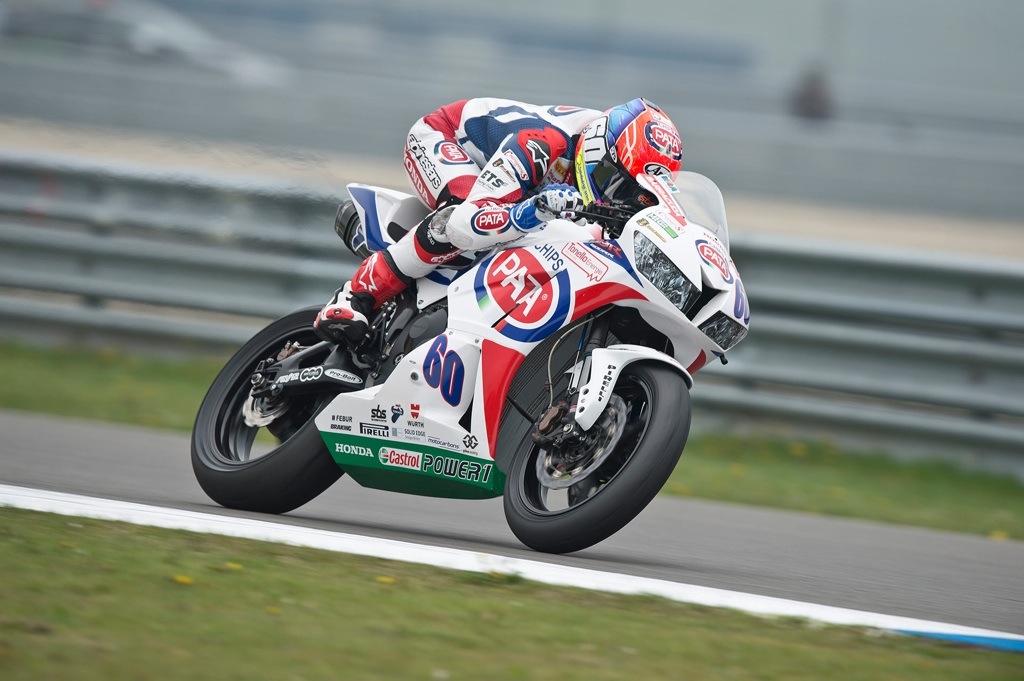 Dutch rider Michael van der Mark set the second fastest time in today’s practice sessions at Assen in the Netherlands in preparation for Sunday’s third round World Supersport race on Sunday. Even though the Pata Honda rider was unable to improve his lap time in this afternoon’s warmer and drier conditions, the 21-year-old put his Honda CBR600RR in a provisional front row place just eight hundredths of a second behind Frenchman Florian Marino.

I had a good feeling today which started immediately when I got on the bike this morning. The set-up felt really good for the first free practice and then we put in a new tyre 10 minutes before the end of the session. I made a really nice lap time that was faster than my qualifying time last year, so that was pretty good! We changed some things on the bike for the afternoon because we had one or two little problems. Although I didn’t really make a fast lap time, we found some really good race pace and consistent lap times, which were coming quite easily. This is good for the race but I think for qualifying we just need to find a bit extra on the setting to push for one really fast lap.

Michael was fast in the first session, which came surprisingly easy, without too much adjustment on the bike. We worked on race pace this afternoon but he was unable to improve on his morning time. It was only by a tenth or so, and it’s been a pretty good start for him.