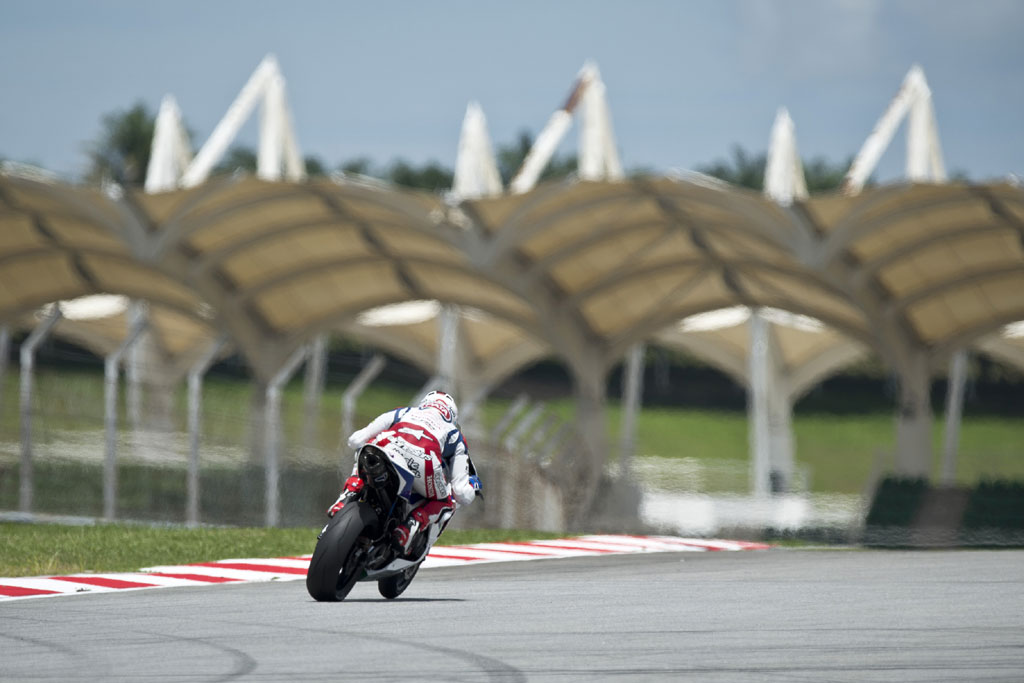 World Supersport championship leader Michael van der Mark set the fourth fastest overall time in today’s two free practice sessions on his Pata Honda CBR600RR at the Sepang International Circuit in Malaysia. Jules Cluzel took the honour of top spot in today’s combined times thanks to his time from this morning, but it was Pata Honda’s van der Mark who led the way in the hotter second practice session at the 5.548km circuit. The 21-year-old Dutch pilot is riding at Sepang for the first time but set a best of 2m09.575s in a hot second session this afternoon, with track temperatures in the mid-50s.

Michael van der Mark: “It’s a really nice track – quite difficult and bumpy in places, but I’m really enjoying it! This morning I followed team mate Lorenzo Zanetti for a few laps because he has some experience here; then, on my own, I was able to keep improving and finished the first session in fourth position. It was OK but we had some work to do on the set-up this afternoon, when it was really hot with the track above fifty degrees. We lost a lot of grip and struggled a bit with the settings, but at the end we found a small step and I was able to improve my morning lap time. I’m really happy with the first day – we’re really fast for the first visit here, and my feeling with the CBR is quite OK.”

Pieter Breddels: “The grip levels were quite low today and it was worse this afternoon. Michael was fastest in that session, though, and it’s looking OK for him.”