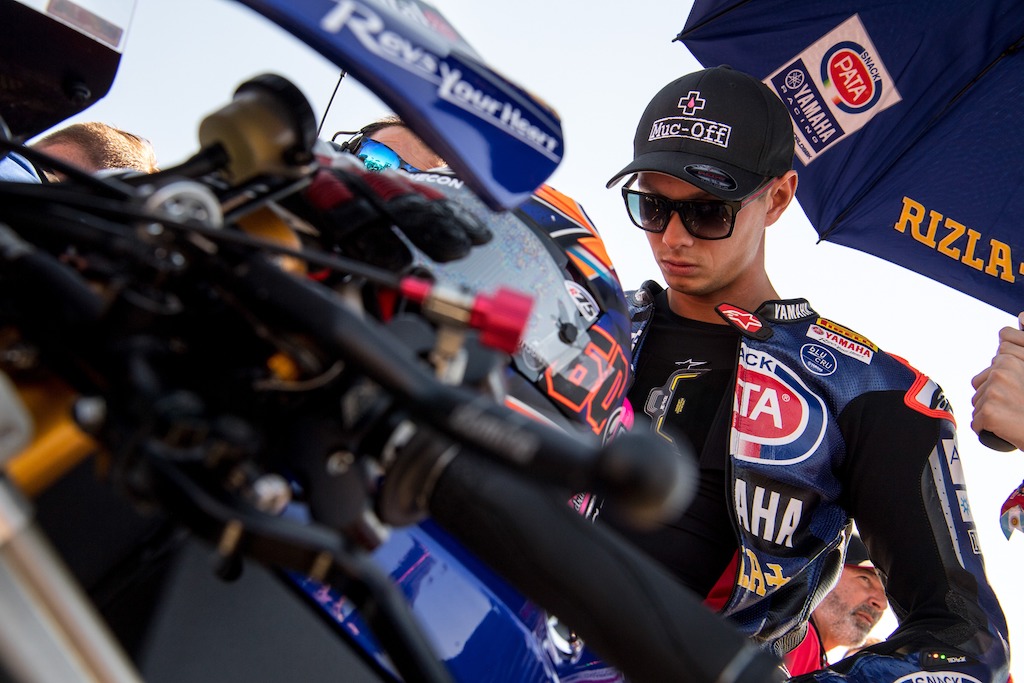 Michael van der Mark closed out the inaugural Argentinian WorldSBK weekend with a points scoring finish in another challenging race at Circuit San Juan Villicum today. The Pata Yamaha Official WorldSBK Team rider was disappointed to eventually cross the line in ninth place, after being close to the podium contenders in the early stages of the race.

Lining up alongside his teammate on the second row of the grid, it was Michael van der Mark who led the charge for Pata Yamaha from the start. The 25-year-old managed to move up to fourth place in the first few corners, but then got pushed wide onto the dirty part of the track as reigning World Champion, Jonathan Rea, came through on his inside at turn 12.

By the time van der Mark had regained the racing line, he’d lost four places and any possibility of a top five finish. The Pata Yamaha rider continued to push throughout the remainder of the race and had made it as high as 6th position as the race neared the halfway point, but then dropped back to finish ninth as he struggled with a less than perfect set-up on his R1.

Michael van der Mark: “We made some changes to the bike for morning warm-up, but unfortunately with the half wet and half dry conditions we didn’t learn much. The changes were quite small, so we decided to keep the same settings for the race. I got quite a good start, but I was struggling with the bike straight away. I was able to stay near the front until Johnny came past me and we both went wide and onto the dirty part of the track and I lost four places. It was difficult to recover because I didn’t feel completely comfortable on the bike. The results from this weekend are disappointing given our performance since we came back after the summer break, but we have to keep our focus and make sure we’re ready for the final race in Qatar – the R1 was very good there last year and I’m confident of fighting again for the podium.”