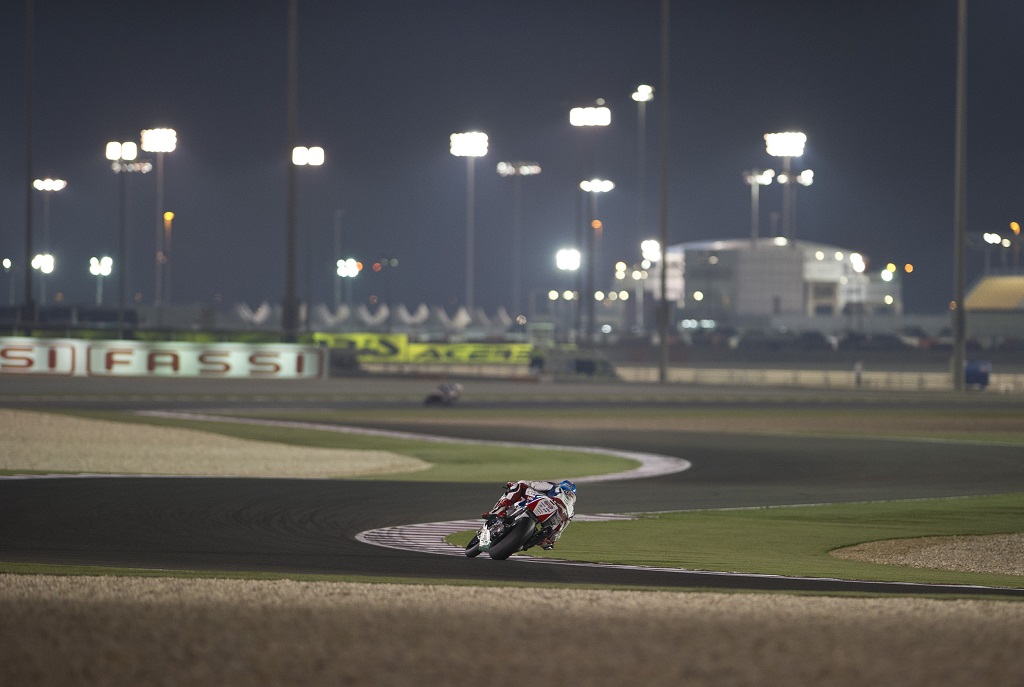 Michael van der Mark will start tomorrow’s last two races of the 2015 World Superbike championship from the third row of the grid after setting the ninth fastest time in this evening’s Superpole sessions at Losail International Circuit in Qatar. The Dutch rider continued the impressive pace shown yesterday into Free Practice 3 this evening, ending the session second fastest. However, van der Mark’s qualifying tyre in Superpole 2 did not offer the expected level of grip to allow him to push for the front two rows for tomorrow’s two 17-lap races at the 5.380km Losail circuit.

Michael van der Mark – P9 1m58.034s: “In FP3 earlier we altered a couple of things on the bike but it still wasn’t quite right, so we changed the front tyre and the confidence came back. In the second half of FP3 we were able to be really fast and consistent. But in Superpole I just didn’t have enough grip from the qualifying tyre and I ended up ninth. But the overall pace is much better so I’m looking forward to the races tomorrow.”