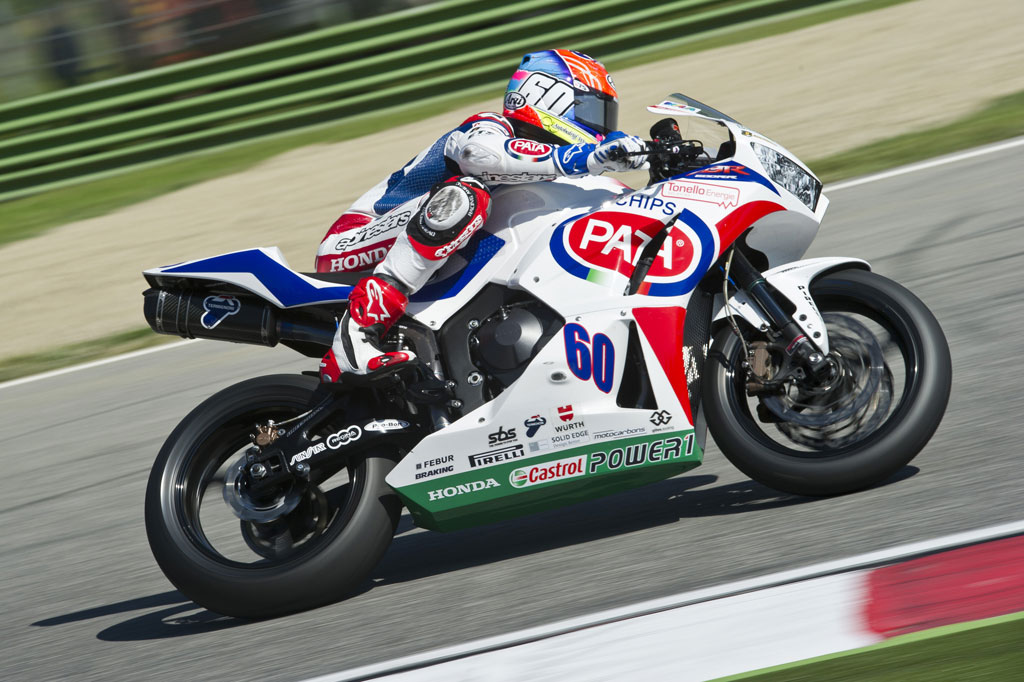 Michael van der Mark finished fourth fastest this afternoon at the 4.936km Autodromo Enzo e Dino Ferrari, just two hundredths of a second behind his Italian team mate Lorenzo Zanetti. Van der Mark, fresh from his debut World Supersport victory at his own home round at Assen in the Netherlands two weeks ago, was third in the morning session. The Pata Honda rider is confident of further improvements to the setting of his Honda CBR600RR machine in tomorrow’s practice and qualifying sessions and is targeting a front row start for Sunday’s 17-lap race.

I’m satisfied with today, although we struggled a bit with the set-up. In the end I think the lap time isn’t that bad and the pace is quite OK. Tomorrow we must improve some areas on the bike and I must improve some lines in certain corners but we can’t complain at the end of the first day. We know it’s a difficult track for us but, with Lorenzo third and me fourth, I think we can be really happy so far.

Michael wasn’t completely happy first thing so we made some small changes which worked out well this afternoon. He got a comfortable fourth position and he had a pretty good day, too.