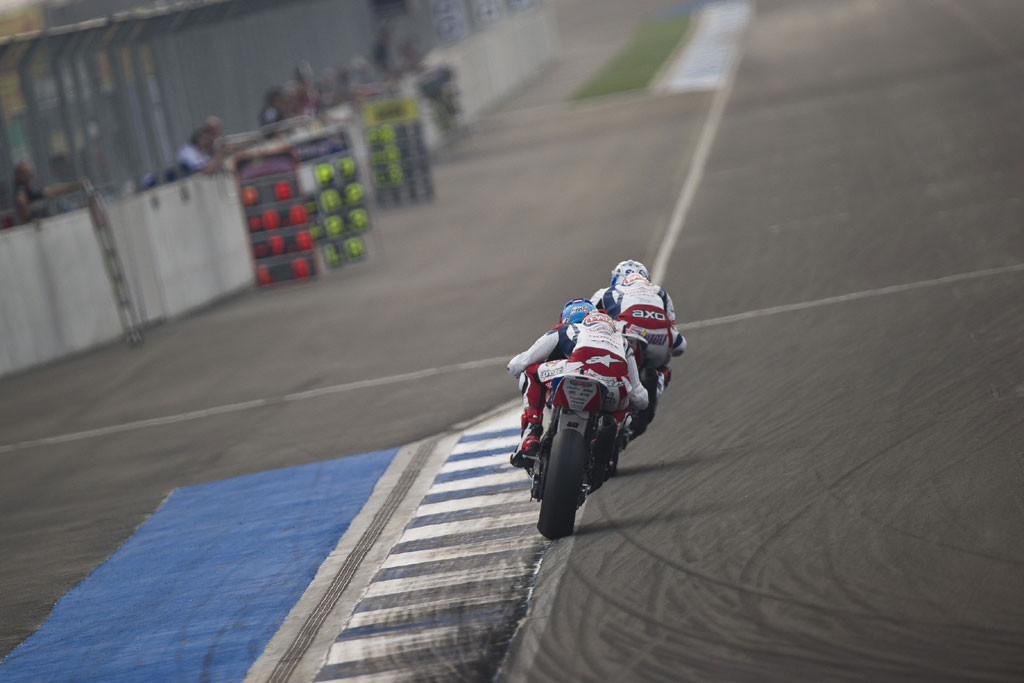 Michael van der Mark has scored a seventh place in today’s second World Superbike race at Buriram in Thailand. Unfortunately technical issues forced his retirement from the first of today’s two 20-lap outings, but the Dutch rider enjoyed more success in race two. The battle between him and Sylvain Guintoli for sixth place at the 4.554 km Chang International Circuit came down to the final corner with van der Mark attempting a bold manoeuvre around the outside of his team-mate, which forced him outside the track boundaries. Race direction deducted one position dropping him back to seventh.

Michael van der Mark (DNF and 7th): “In race one we had a little technical problem which ended the race for us but unfortunately these things can happen. It was a shame though because at that point in the race I was going faster and faster. In race two I felt really good but the start was not so good. I also made some mistakes in the first couple of laps and ran wide at one point so I had to fight back again. At the end I had a good fight with Sylvain and felt I was faster than him but not fast enough to get away. So I decided to stay behind and try to pass him on the final lap. We had a nice and fair fight and even though I crossed the finish line first, they put me one place back because I went outside the track in trying to get past at the final corner. But I enjoyed raced two and I think we have a lot of positives to go back to Europe with for the next round.”

Pieter Breddels – technical co-ordinator: “Michael van der Mark had a DNF in race one but in race two he spent a long time behind Sylvain. They had a great battle to the finish which saw Michael running off the track a little bit and he was put back one position. But the guys had fun having that battle together. Although the weekend has been quite tough we have managed to close the gap to the competition and hopefully do a bit better at Aragon.”