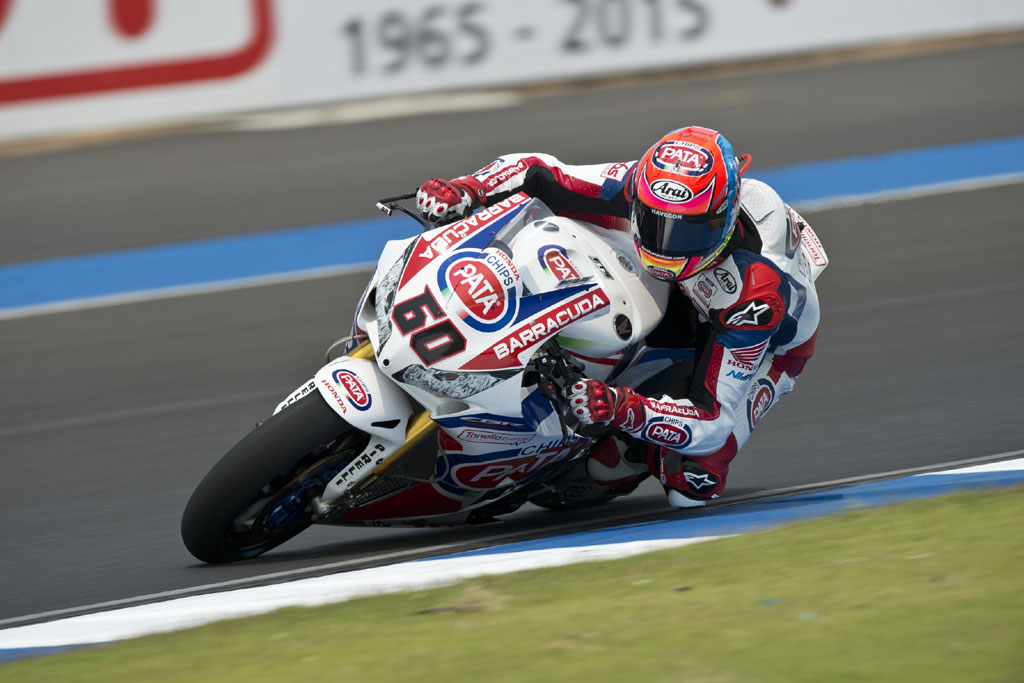 Michael van der Mark was twelfth fastest on overall times after today’s practices for round two of the 2015 World Superbike championship at the 4.554km Buriram United International Circuit which is hosting a WSBK event for the first time. The Dutch Pata rider was unable to improve his lap time in the hotter conditions and, despite feeling good on the bike. However, the 22-year-old Dutch World Superbike rookie is confident that he and his team can identify specific areas for improvement in tomorrow’s two practice sessions ahead of the afternoon Superpole which will finalize grid places for Sunday’s two 20-lap races at Buriram.

Michael van der Mark – P12, 1m36.218s: “There was no real problem today and it’s strange because I felt good with the bike on this new track, but the lap time is not there, which is a bit frustrating. I’m sure the guys will find something on the data tonight so I’m not too worried. I’m losing a lot of time in the second sector so we’ll check everything later to find out what it was. I rode the laps, feeling good on the bike in the heat, but each time I crossed the line I was like ‘Where’s the lap time?’ I think a good night’s sleep will help me relax for tomorrow. It’s an interesting track because the first part is long and fast and the second is a combination of smaller corners, but we’ll work hard tonight to try and go a little faster around it tomorrow.”

Pieter Breddels – technical co-ordinator: “Michael struggled a little in sector two this morning and that continued this afternoon. We’ll look into everything in details a bit later but I’m quite sure there’s better things to come tomorrow.”