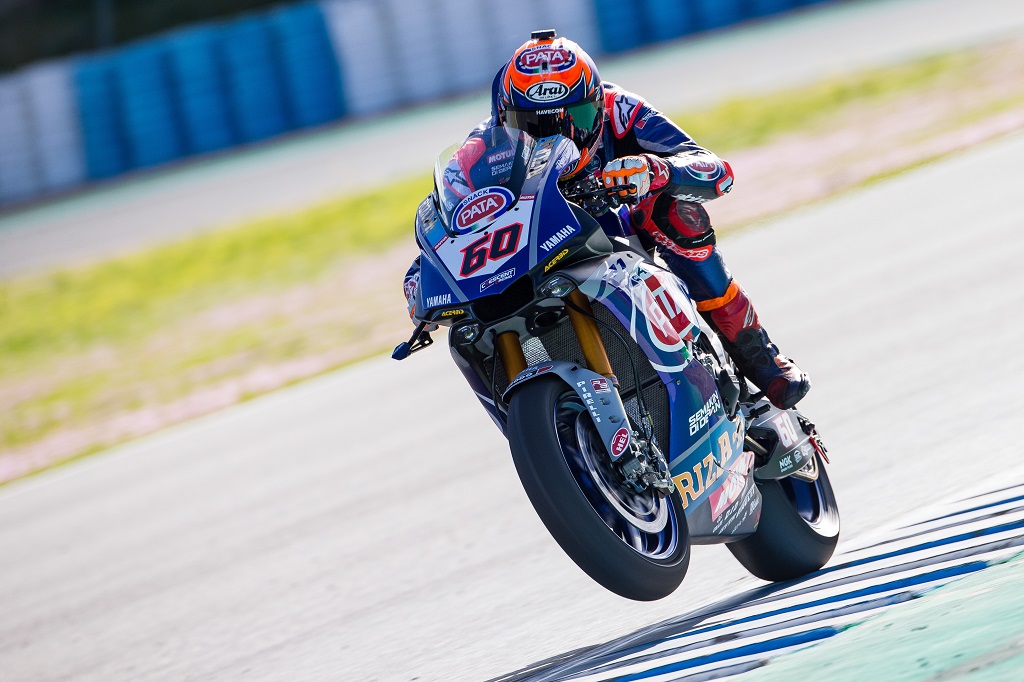 Michael van der Mark declared himself happy with the progress made during the first WorldSBK test of the new season in Jerez this week, which he finished in seventh position. A recently resurfaced Jerez track and cool conditions meant a cautious start to the test for Pata Yamaha’s Van der Mark. Michael, who is still recovering from a wrist injury sustained in the final race of the 2018 season in Qatar, ended the opening day fifth with a time of 1’41.047. With improved conditions for the second and final day of testing in Jerez, Van der Mark switched his focus to evaluating a number of chassis upgrades, with positive results. And Van der Mark improved his pace, with a lap time of 1’40.145 securing him seventh position on the timesheet.
The Pata Yamaha WorldSBK Team now head to Portimão for two more days of testing on Sunday and Monday, after which the bikes will be packed and shipped to Australia for the opening round of the 2019 FIM Superbike World Championship at the Phillip Island circuit.

Michael van der Mark – Pata Yamaha WorldSBK – P7 – 1’40.145: “It’s been a really positive test. For me it was important to see how my wrist is after the winter break and I’m feeling quite good with it. I’ll certainly be fully fit once we get to Phillip Island for the first race. Once the track had cleaned up yesterday afternoon we tried so many things on the bike, with some big improvements that I like a lot and I think Alex thinks the same. There’s obviously been a lot of hard work done over the winter and it’s good for the people who put in the work to see their efforts rewarded at the first test of the season. I’m happy with what we achieved here in Jerez and now I’m looking forward to Portimão.”