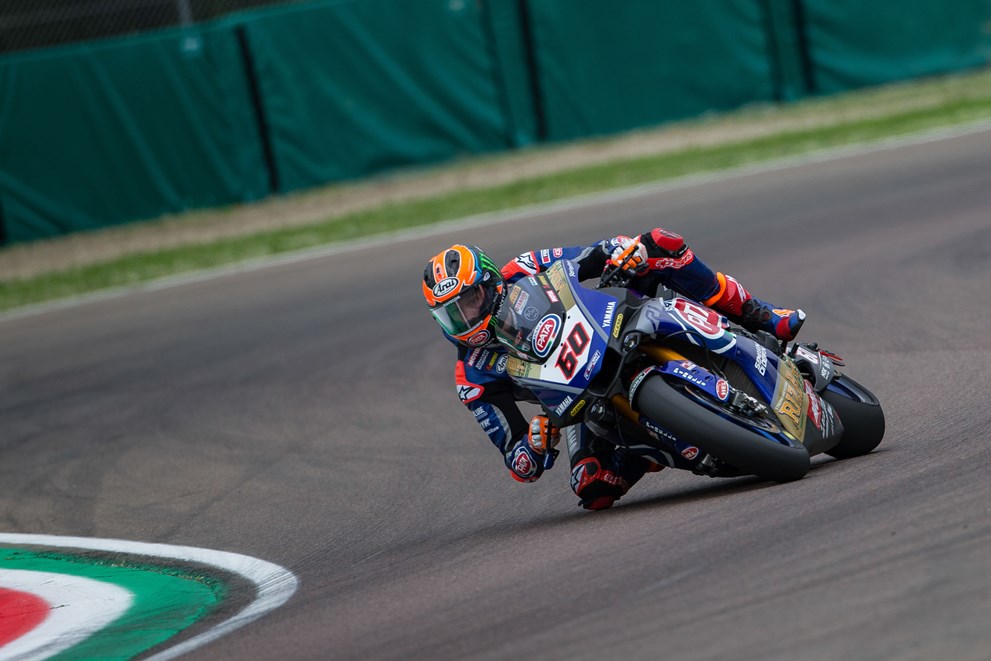 Pata Yamaha WorldSBK rider Michael van der Mark showed improved pace in today’s Superpole Sprint Race in Imola, which he finished in fourth. Changes to the set-up of his R1 paid dividends for van der Mark in the sprint race, with the Pata Yamaha rider able to maintain a faster pace compared to yesterday. After a brief battle in the early stages, Van der Mark managed to pull away from the riders contesting fifth place, including Toprak Razgatlioglu, who’d denied the Pata Yamaha rider a podium finish yesterday. By the time he’d hit the front of the group, however, the gap to Alvaro Bautista and the last step of the podium was too big to bridge in the limited laps available and van der Mark had to settle for fourth at the line.

Torrential rain at the Imola circuit forced the cancellation of WorldSBK Race 2 on safety grounds.

All Yamaha riders will complete a two-day test in Misano ahead of the next round of the FIM Superbike World Championship, which takes place in Jerez over the weekend of 7 – 9 June.