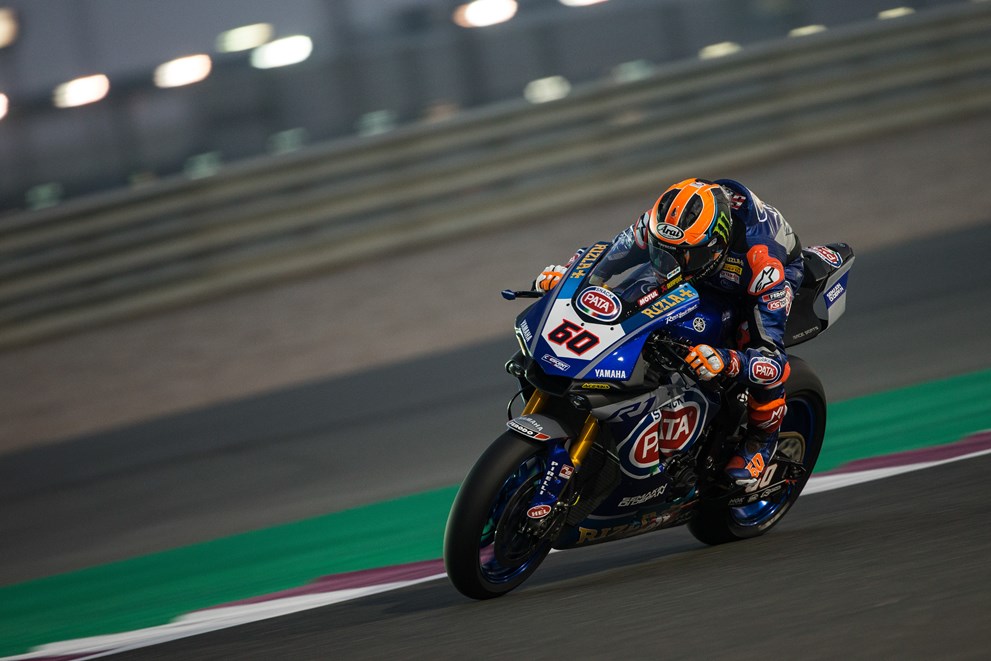 SIXTH AND SEVENTH FOR VAN DER MARK IN QATAR

After a difficult weekend in Qatar, Pata Yamaha with Rizla WorldSBK rider Michael van der Mark’s sixth place in the Superpole Race and a particularly hard-fought seventh place in Race 2 were enough to ensure that the Dutch rider, who celebrated his 27th birthday yesterday, finished fourth in the championship standings, just 14 points behind his Pata Yamaha teammate Alex Lowes.

Michael van der Mark – Pata Yamaha WorldSBK – Final Championship Position 4th – 327 Points: “We made some changes to the set up ahead of Race 2 this evening and I felt a lot better at the beginning compared to the Superpole race in the afternoon. Unfortunately, once the tyres started to drop off then I struggled like before. I tried everything to stay in front of Alex, but it just wasn’t possible because I was struggling with the grip so much.”

“Anyway, I think if we look back on this season we should be satisfied. The Misano injury put us on the back foot, missing that whole event and then riding injured at the following two rounds, but we never gave up and we never stopped trying. To finish fourth in the championship isn’t what we were looking for but, given the obstacles we’ve faced this season, it’s still pretty incredible. Big credit to the team and to Yamaha, unfortunately this wasn’t our weekend but I’m confident we’ll be back stronger next year.”