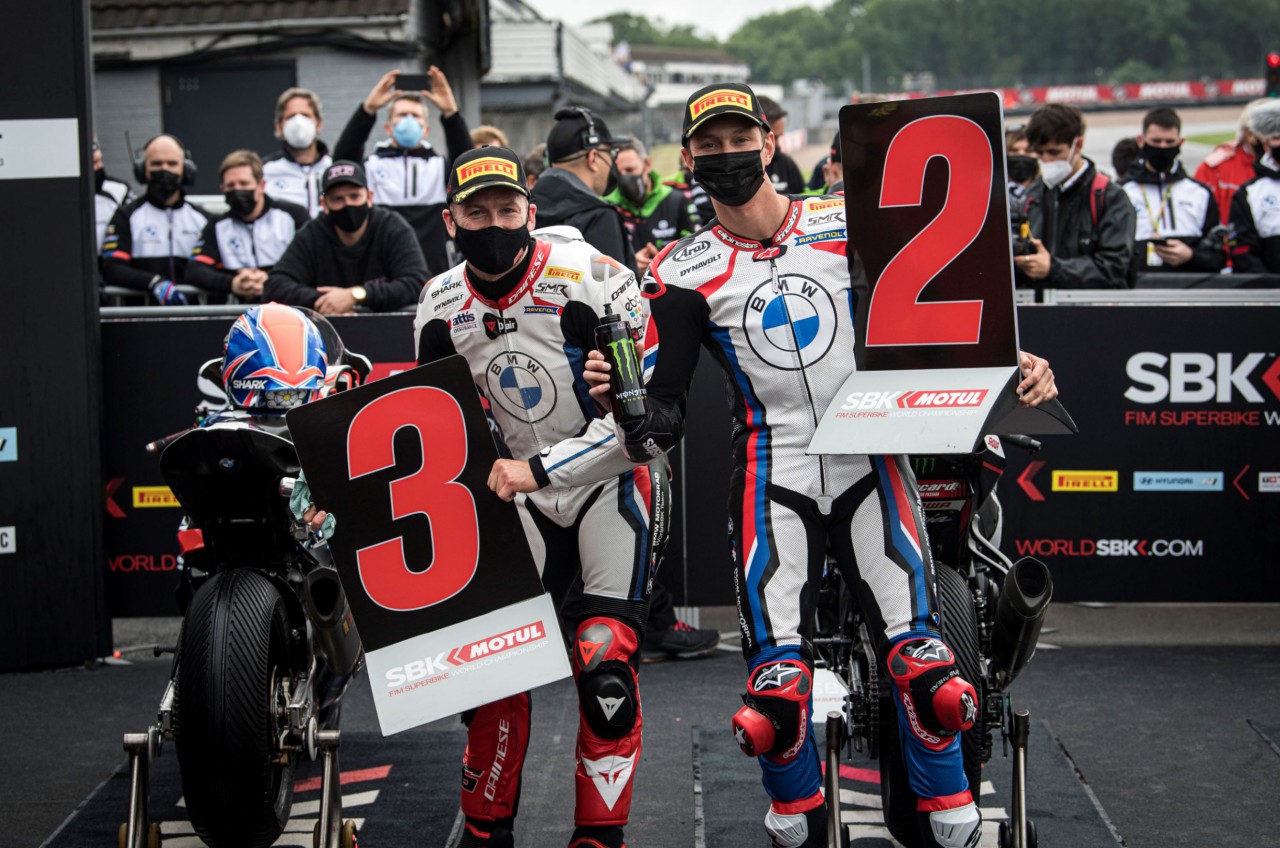 The BMW Motorrad WorldSBK Team gave a strong performance to start off the fourth event of the season in the 2021 FIM Superbike World Championship (WorldSBK) at Donington Park (GBR). In Superpole on Saturday morning, Michael van der Mark (NED) and Tom Sykes (GBR) claimed second and third places on their BMW M 1000 RRs to secure spots on the front row of the grid. Both riders crossed the finish line in the top five in the afternoon’s first race. Sykes was in fourth and van der Mark in fifth.

The weather at Donington Park took a typically British turn on Saturday morning. Rain set in for the second free practice session in the morning and the circuit was still moist for Superpole. That did not prevent van der Mark and Sykes from recording some impressive times to keep pace with the leaders, putting both BMW Motorrad WorldSBK Team BMW M 1000 RRs on the front row of the grid.

The rain had stopped by the time the race started in the afternoon and the circuit was gradually drying. Van der Mark and Sykes were able to defend second and third positions after the start lights went out. They swapped places twice in the opening stage, before settling into third (van der Mark) and fourth (Sykes) until the halfway point of the race. Both were part of a group battling for the lead on lap twelve, but then van der Mark had light contact with Alex Lowes (GBR / Kawasaki), ran wide and fell back to sixth place. Sykes initially moved into third place before crossing the line in fourth, immediately ahead of fifth-placed van der Mark, after 23 laps.

“Today was not bad. In Superpole, on the wet track, I felt really good and we managed to put both BMWs on the front row. That’s always a good thing. For the race, the track started to slowly dry. My start was quite okay and then I was just trying to find my line. I was making a couple of mistakes going down to Craner Curves, going onto the wet with the slicks so I lost a lot of time there a couple of times. That was a bit of a shame but anyway, there is a lot to improve on the bike for sure for tomorrow but I think we can be satisfied with P5 today.”