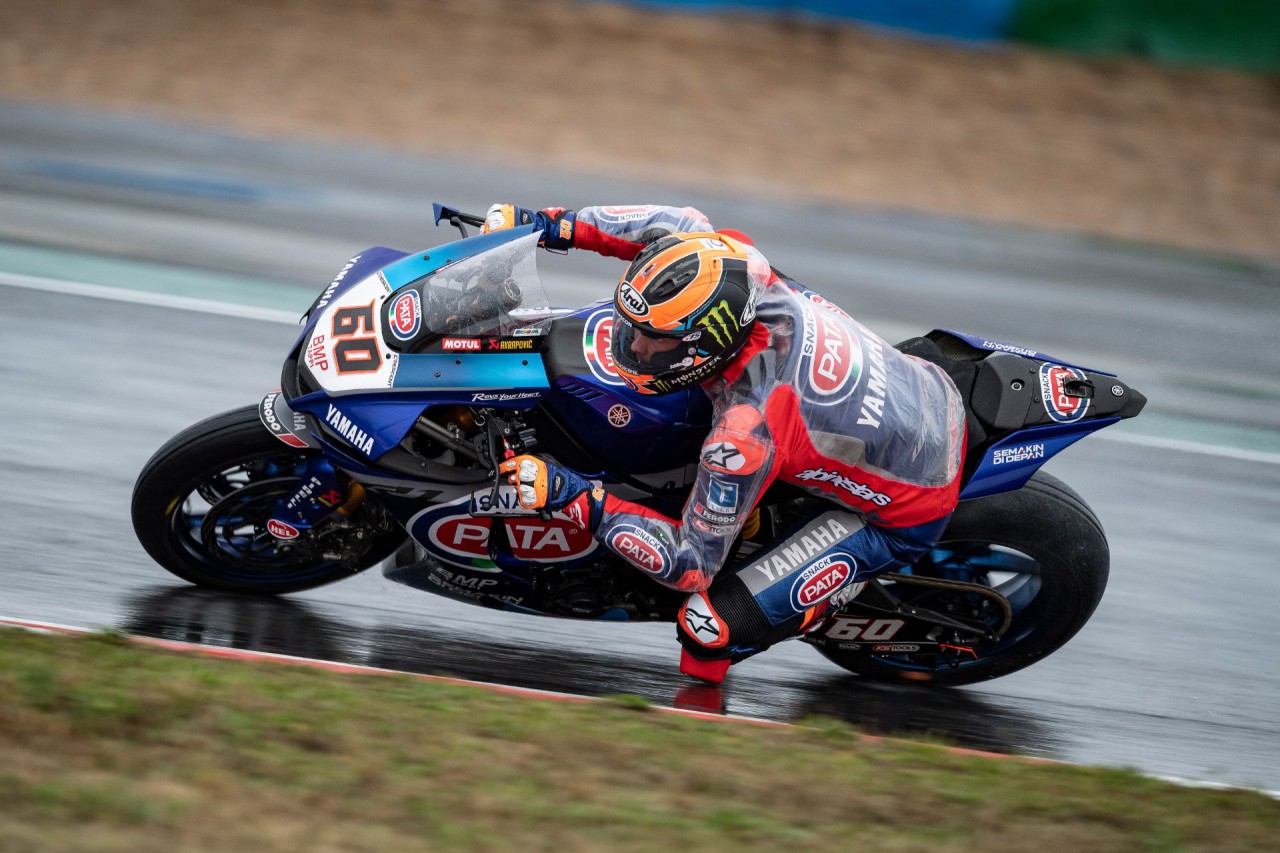 Van der Mark had an impressive start in the opening lap, coming from P6 on the grid to second behind eventual race winner Jonathan Rea. But, missing some confidence compared to the podium finishers, the Dutchman settled into a somewhat lonely race, with strong and consistent pace, in fourth position until a small mistake at Turn 13 on lap 14 saw him fall down the order. Quickly remounting his relatively unscathed R1, Van der Mark was able to salvage seven championship points with ninth position.

Michael van der Mark: P9: “Superpole was alright, to be honest. The track was starting to dry a bit so again the conditions were different to yesterday. I felt okay, improved my last lap time – the tyres were starting to get really warm and moving around so it was difficult, but P6 on the grid is a good place to start – and I did make a good getaway! I was a bit lucky at Turn 1, the BMW riders crashed in front of me and I managed to get up to second but I just didn’t have the confidence like the guys who passed me.”

“At a certain point, I was riding alone in P4 and I had a good pace, but I just didn’t feel very good with the bike. The feedback and grip wasn’t what I needed, and then I made a mistake and crashed in Turn 13. I picked it up quickly and finished ninth, so we scored some points but I threw away a lot of important places for the fight for P3 in the championship. So, really disappointed, but tomorrow we have two more chances. I’m fast with a bike that I’m not really comfortable with, so hopefully tomorrow with an improved set-up on my R1 I can do well.”