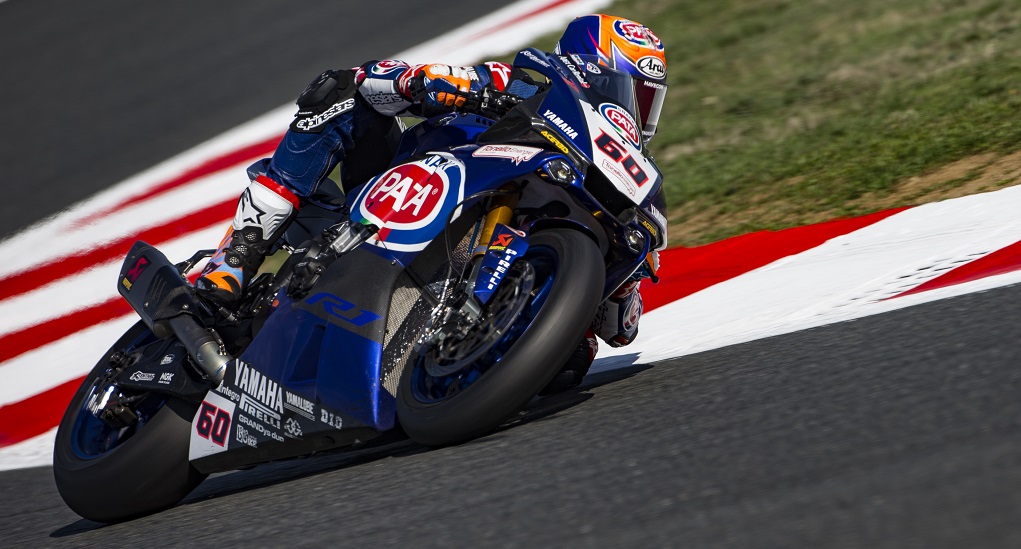 PATA YAMAHA SHINE IN THE SUN AT MAGNY-COURS

The Pata Yamaha Official WorldSBK Team enjoyed a superb Friday under the Magny-Cours sun at round 11 of the 2017 FIM Superbike World Championship. After showing good pace in the morning, Michael van der Mark put in a stunning late charge in FP2 to end the day in second overall on the timesheets.

The sun was out with temperatures hitting 27°C on Friday at the Circuit Nevers de Magny-Cours and van der Mark – fresh from his maiden Yamaha podium at Portimao – wasted no time getting down to work in FP1 after finding a new base setting with his Pata Yamaha R1 at the recent official test. Finishing the morning’s session in seventh with a best time of 1:38.548, less than 0.7s off the top, filled the 24-year-old Dutch rider with confidence and in the afternoon’s FP2 session he managed to make another step with his team.

Heading out on a fresh set of tyres in the dying moments, he improved spectacularly on his penultimate lap by over 0.5s to set a 1:37.928 to secure second on the combined timesheets, 0.439s off the pace of Jonathan Rea. Unfortunately, the weather forecast for the rest of the weekend is wet but, even so, van der Mark is feeling confident that he can perform whatever the conditions throw at him.

Michael van der Mark: “I am really happy! This morning we started quite strong and we improved lap by lap. I was feeling better and better, then we changed something on the front of the bike and we made another step, which was good enough for P7 this morning. For FP2 we didn’t try anything at the start because the temperature had risen dramatically and we wanted to see what the track was like. After my first run we tried out a different rear spring and tyre options, but it wasn’t really an improvement. Towards the end, we went the other way and then I went out on a new set of tyres and made a really good lap time, so I am happy. I am P2, but everyone is so close at the moment. I am happy we are in SP2, but it looks like rain tomorrow so we will have to start again!”