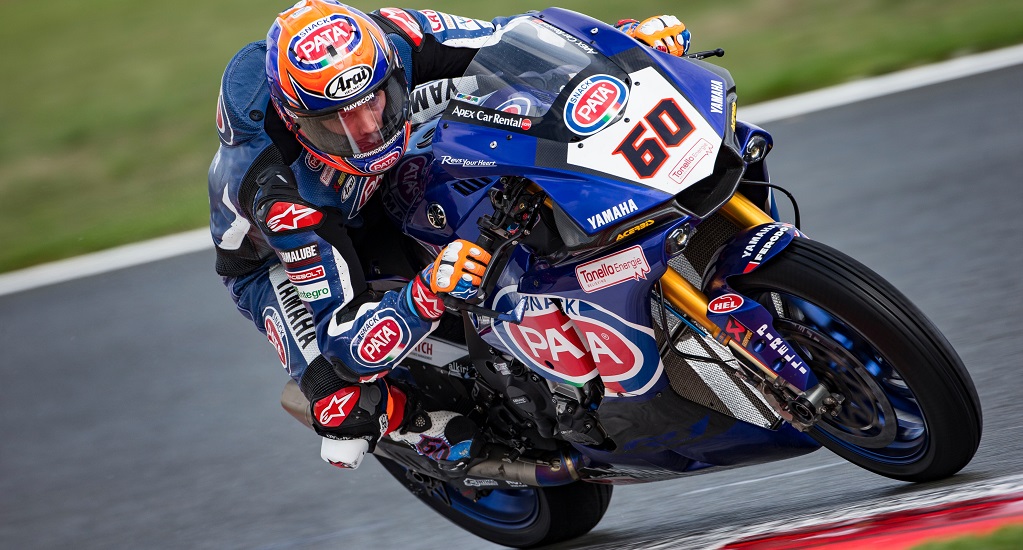 The Pata Yamaha Official WorldSBK Team secured two positive results after putting in maximum effort in tricky conditions on Saturday at Magny-Cours, round 11 of the 2017 FIM Superbike World Championship. Michael van der Mark had a crash on lap 2 but remounted and charged his way sensationally through the field to secure ninth at the chequered flag.

For van der Mark, unfortunately, there was an issue in SP2 that meant he could not extract the maximum performance from his Pata Yamaha R1, which saw him qualify in tenth. When it came to the race, van der Mark had a blistering start, passing his teammate and moving up to sixth by Turn 1. He then passed Xavi Forés for fifth and became embroiled in an excellent battle with Lowes on the second lap. Passing each other a number of times, van der Mark just got on the throttle a little early attempting the cut back on his teammate at Turn 5 and lost the rear.

Luckily there was no major damage to his Pata Yamaha R1, with the 24-year-old managing to remount and re-joining the race, albeit in 19th place and five seconds behind the man ahead of him. Undeterred, the 2014 Supersport World Champion got his head down and started a sensational charge through the field that saw him overtake nine riders in the next six laps. With some clear track ahead of him, van der Mark settled into a good rhythm and focused on securing the best result possible. With four laps to go, he managed to catch and pass Chaz Davies for ninth to cap off a simply astounding comeback, in the process securing seven championship points.

This result means he remains sixth in the overall standings with 173 points, seven behind his teammate Alex Lowes – who finished fifth – and 17 ahead of Forés in seventh. Van der Mark will line up for Sunday’s Race 2 on the second row in sixth, confident of his pace whether it is going to be wet or dry after his brilliant ride in Race 1 and the blistering pace he showed to finish Friday’s practice sessions in second overall.

Michael van der Mark: “We had a bit of an issue in SP2 which meant I could not go as fast as I would have liked, so I had to start from tenth on the grid. Luckily, we found out what the problem was and I had a pretty good start during the race. I passed a few guys straight away but I was struggling on corner exit with the rear spinning. I thought it was because the tyres needed to warm up but after 3 laps it was still an issue and into the hairpin, I was a bit too aggressive and lost the rear. It was a small crash, luckily, the bike was okay but I had to comeback from pretty much last place!”

“I had a good feeling with the bike but with the rear spinning, I could not make any speed. I had to fight back from 19th and was making progress lap after lap, catching quite a lot of people, so I am happy to have finished in ninth after a crash. We just need to find some improvements in the setup because I feel really good but could not make up any time coming out of the corners. Hopefully, tomorrow will be dry and I will get to start from the second row, plus I was fast in the dry on Friday. It will be challenging for everybody because no one has really done a long run, but I am looking forward to Race 2 whether it is wet or dry!”