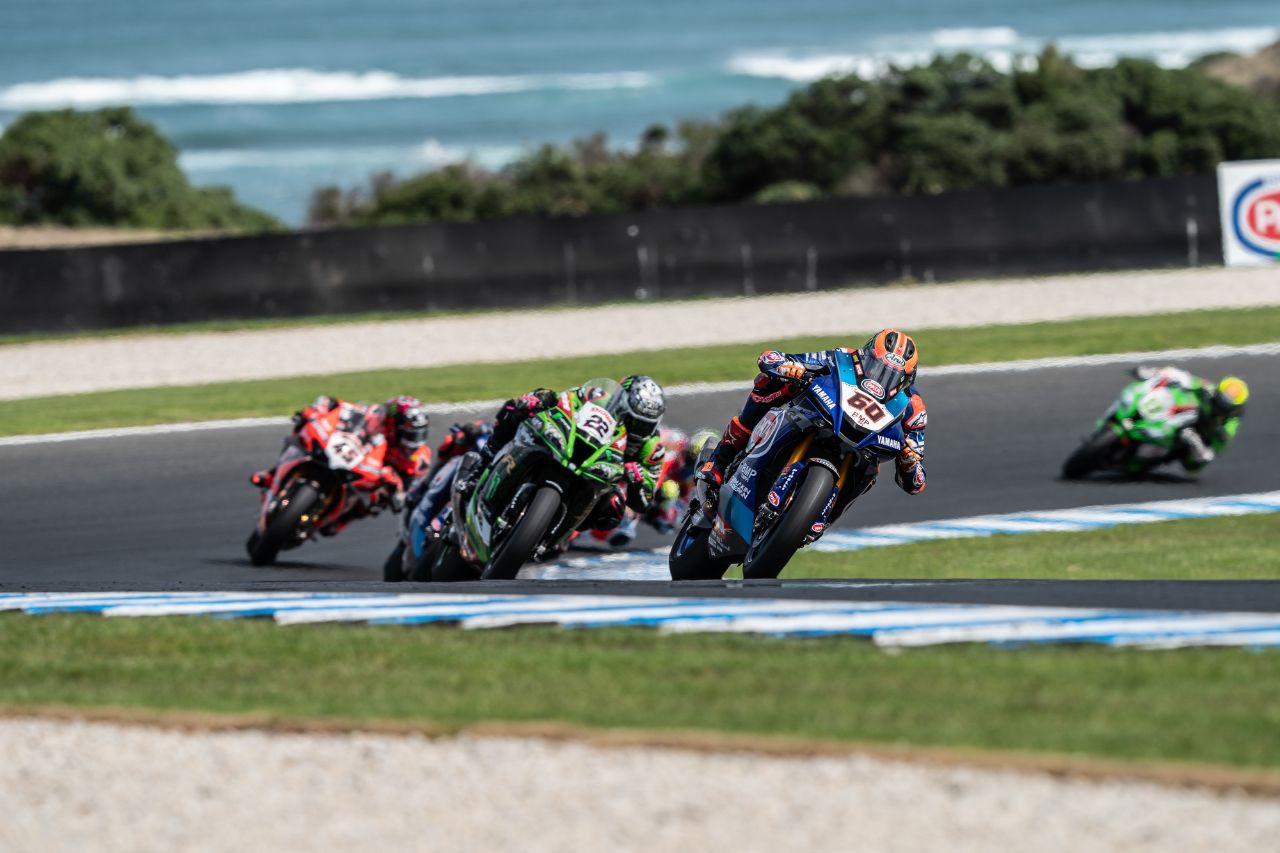 Pata Yamaha WorldSBK Official Team with Rizla rider Michael van der Mark was in contention for both podiums today but ultimately secured fourth and fifth place finishes after one ten-lap and one 22-lap race at the 4.445km Phillip Island circuit.

After coming so close to the podium on Saturday, Van der Mark did not have the bike balance he needed to be in contention for a top-three finish in the sprint race, taking fifth position – but still only one second from the race winner. In the final race of the weekend, van der Mark was engaged in a fight for the podium places that featured up to nine riders at times, with close passes and bold braking manoeuvres a regular occurrence.

He was on course for third place and a well-deserved podium until the last lap, when he was passed by Scott Redding’s Ducati and could not find enough rear grip by that stage to re-challenge. The incredibly close nature of the 2020 Phillip Island races is demonstrated by the fact that, cumulatively over the 3 races, van der Mark finished less than 3 seconds from victory on the new 2020 R1.

Now the Pata Yamaha WorldSBK Official Team with Rizla relocates to the deserts of Qatar for a floodlit round two, with track action starting on Friday 13 March.

Michael van der Mark – Position: 5th and 4th: “It has been a bit of a weird raceday. This morning in the Superpole race I did not have the confidence or feeling with the bike that I had yesterday, so it was a real ten-lap struggle. I was really upset because yesterday everything went so well, and I was just a bit unlucky to miss out in the last corner. For the final race we found a set-up solution and I had a really good start. To be honest my plan worked out and again we planned not to take the lead and try to slow it down a bit, not stress the tyre. It went well until two laps before the end when the guys around me started to push. I pushed as well but I just did not have enough grip to attack again. It is a shame but I think we must be quite happy with the pace that we have had and how quick we have been from the first moment on this track.”