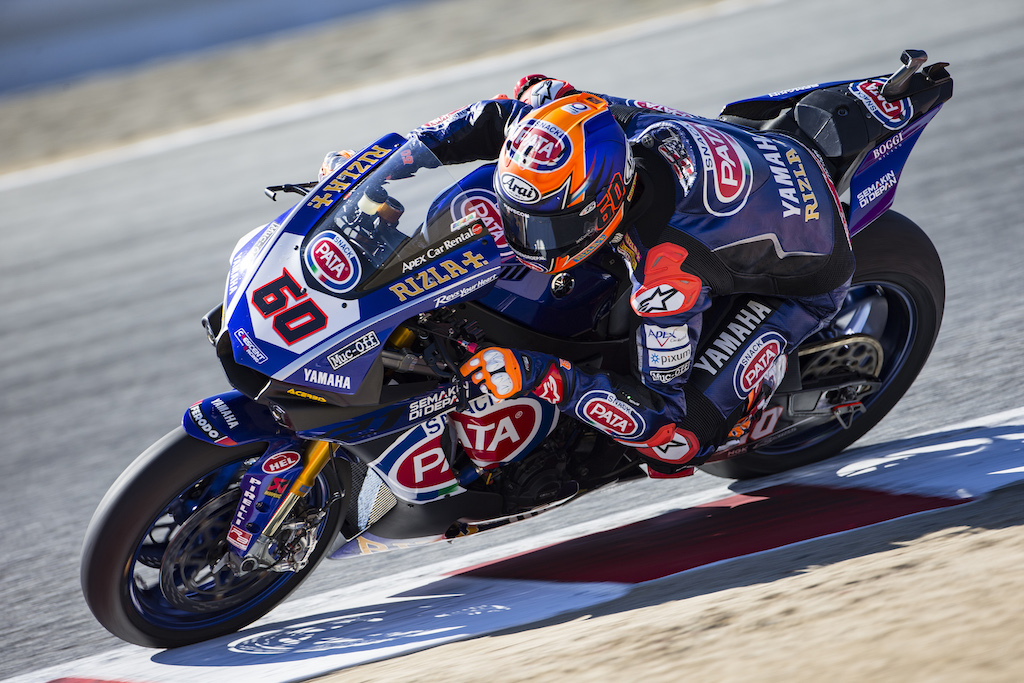 P8 FOR VAN DER MARK IN RACE 1 AT LAGUNA SECA

Michael van der Mark struggled with grip levels during Race 1 during the Round 8 of the 2018 MOTUL FIM Superbike World Championship at Laguna Seca but battled hard from ninth on the grid to finish in a valiant eighth.

Michael van der Mark found it tough to find a good setup with his R1 on Friday at Laguna and had to go into SP1 after ending FP3 in 11th on the combined timesheets. Determined to use the extra track time to his advantage, after ending FP4 in tenth, the 25-year-old Dutch rider stormed through SP1 by topping the session with a 1:23.649. He then qualified in ninth for the race by improving to a 1:23.253 in SP2 after being denied a chance to improve on his final flying lap by yellow flags at the Corkscrew.

In the race, Van der Mark got his usual lightning start and was up to seventh by the first corner. Battling hard in the pack, he dropped back to eighth as he suffered from a lack of grip with his R1 in the opening laps. As the race progressed, he stayed focused and started to close the gap to the riders in front. By lap 19, he was on a charge and hunting down Sykes who was in seventh, 2.5 seconds ahead. Pushing as hard as he could in the latter part of the race, he managed to close right up on the back wheel of Sykes but ran out of laps before he could get past, crossing the line in eighth place.

This result sees van der Mark remain third in the championship standings with 204 points, just 21 behind Chaz Davies in second, and he will start Sunday’s Race 2 from the middle of the second row.

Michael van der Mark: “Today was tough. We struggled to find the right feeling on Friday and we thought we made a breakthrough in SP1 but then during the race, I just didn’t have the grip on corner entry or exit to push any harder. Towards the end of the race, I thought I would catch Tom, as he was also struggling, but I just ran out of laps. It is obviously a disappointing result, especially considering how competitive we have been lately, but we will study the data we collected today in the race and come back fighting tomorrow.”