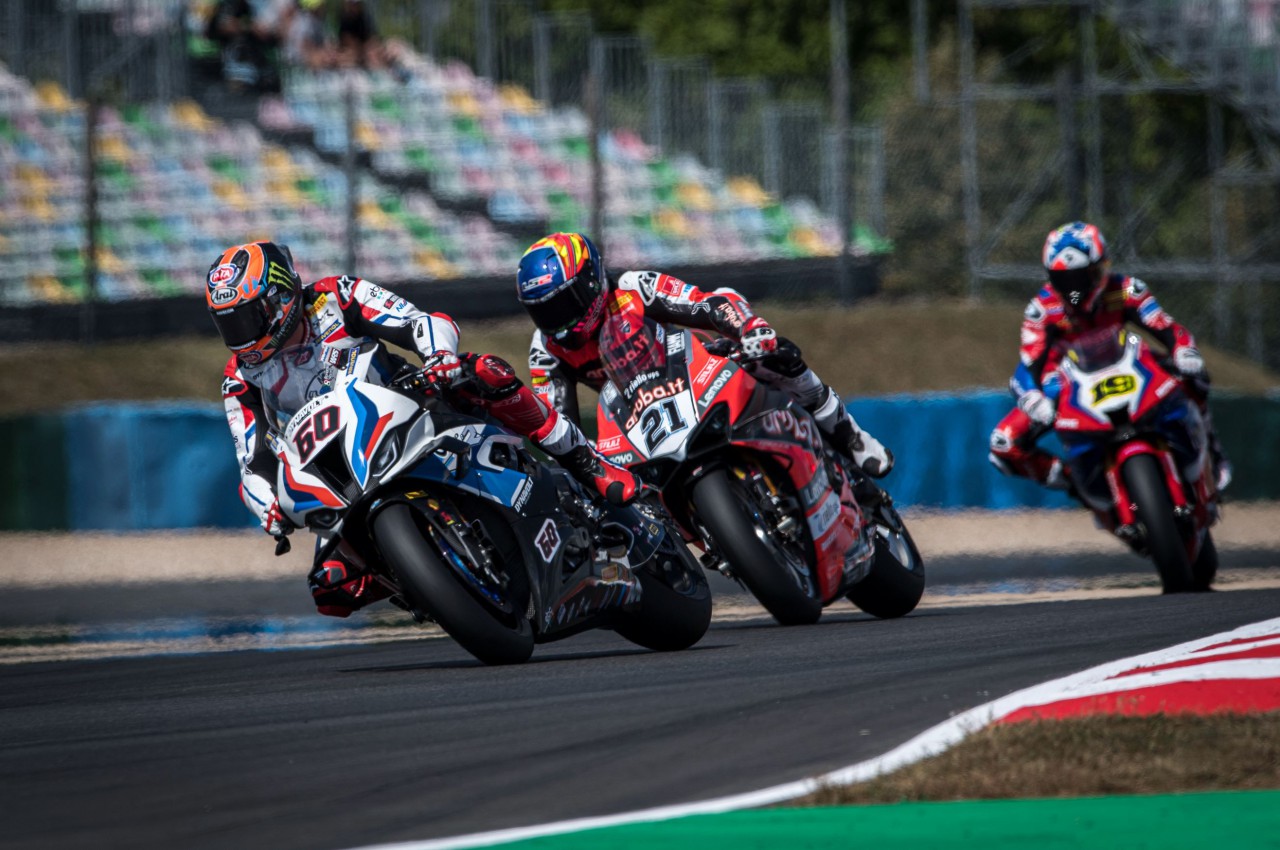 The eighth race weekend of the 2021 FIM Superbike World Championship (WorldSBK) at Magny-Cours (FRA) drew to a close on Sunday with the Superpole race and race two. Sunday began with the warm-up in the morning, in which Michael van der Mark was ninth.

That was followed by the Superpole race. Van der Mark gradually worked his way through the field and was running fifth at the halfway point, before dropping a position. The Dutchman ended the ten-lap sprint in sixth place, which put him on the second row of the grid for race two on Sunday afternoon.

Van der Mark made a strong start to race two and found himself in fourth place for a brief spell but dropped back to sixth place on lap six when he was touched by a rival whilst battling for fourth place, the Dutchman just able to avoid crashing. He showed great fighting spirit to battle back towards the front of the field, but was no longer able to attack in the second half of the race. Van der Mark dropped back to eighth place, a position he held on to through to the finish.

Michael: “This morning’s Superpole race was alright. I had good pace and had a good feeling with the bike. I was just missing one or two tenths to stay with Scott Redding and fight for fourth place. I was confident going into the main race and had a strong start but then I started to struggle after a few laps. I had some moments with a few riders and lost a lot of time there but at the moment, the package is just not good enough to fight every corner with the other guys. In some corners we are losing too much time.”