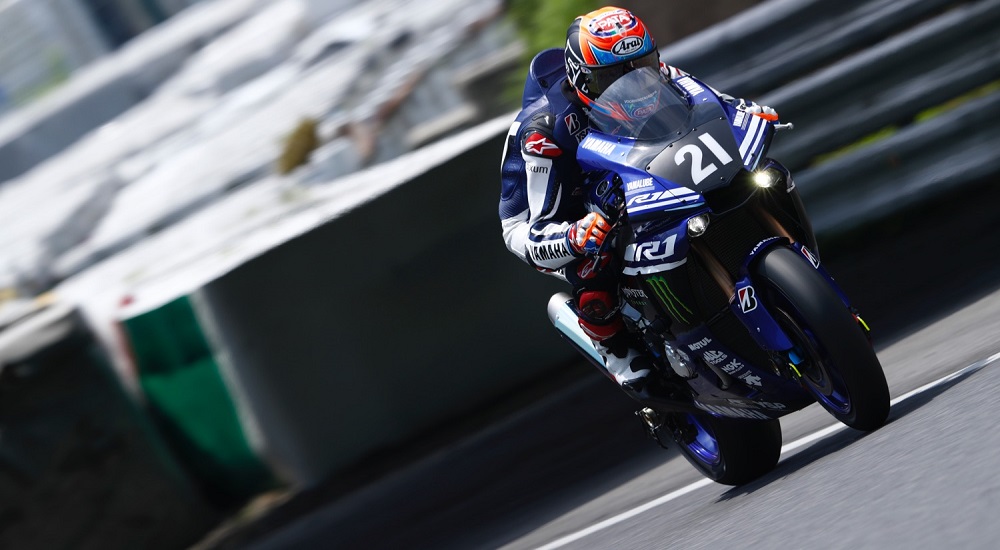 “With our team, we can definitely do it!”

The Suzuka 8 Hours will be the final round of the 2017 Endurance World Championship (EWC) season. GMT94 is currently 2nd in the standings, but trail the leader by just a single point while YART is 27 points down in 3rd. However, as the last race of the season, this year’s Suzuka 8 Hours will yield 150% of the normal points haul (45 instead of 30 for a win), so a come-from-behind title win is potentially in the cards for both teams.

Almost all of the teams competing full-time in the EWC were on-track at this final three-day test, save for a few. All the teams in both groups A and B had a total of 530 minutes of testing time—including the night session—so they were all able to be on track for longer than it takes to run the race (480 minutes).

The Yamaha Factory Racing Team focused on using the data collected at the private test at the end of June to find the best setup and riding position for all three riders. With the riding position in particular, Nakasuga and Lowes are similar in their physical build, but van der Mark is considerably taller and thus has longer arms and legs. For that reason, the handlebars had to be adjusted to a wider position but one that the three could be satisfied with, something of utmost importance during this test.

Michael van der Mark spoke about the issue: “Basically, the riding position had to be adjusted because of me, so I was worried whether the other two would be able to ride well or not. But they both said they had no issues with it, so I’m relieved.”

The team had finished making the needed adjustments on Day 1. The plan for Day 2 was to do some race stint simulations, but just before the afternoon sessions were set to start the skies opened up, soaking the track and making for fully wet conditions. The team quickly changed tactics, opting instead to gather data to be prepared in case of a wet main event.

Day 3 was reserved for making the final overall adjustments to be ready for the race weekend. In the morning session, Nakasuga was tasked with doing a machine check and pushing for a fast time on new tires, setting the 3rd fastest time of the test at 2’07.603. The 90 minute afternoon session saw Lowes and van der Mark do race stint simulations. Their average lap times were in the low 2’09s, demonstrating that the factory YZF-R1 is in good shape.

After the test, Nakasuga was full of fighting spirit: “Let’s go get that third straight win! With our team, we can definitely do it.” His teammates Lowes and van der Mark shared his determination to fight for another Yamaha victory this year.

YART improved their average times from the previous official test and showed solid progress, setting a best time of 2’08.861 that placed them 13th overall for the final test. Especially for first-time Suzuka rider Marvin Fritz, he learned as much as possible from his more experienced teammates and made considerable improvement. This helped raise the team’s average pace overall, a vital factor for the race.

Kohta Nozane is expected to be the team’s fastest rider for his home race. He worked together with Parkes on bike setup and put in the team’s fastest lap, but remains unsatisfied. Up until now, every track he has ridden in the EWC has been new to him, so he has constantly needed the support of his teammates. But here, he intends to repay his team and teammates: “…because this race is in my home country and because it’s the Suzuka 8 Hours.” But Nozane now understands that an endurance race is contested by everyone on the team, and a point of focus in the race will be how he balances the “individual” and the “team” to get the best result.

The GMT94 team finished 33rd overall with a 2’10.882 lap time. For the final day of the test, they continued working on adapting to the circuit, selecting which tire to use in the race and improving their average lap time. Though their time does not stand out as exceptionally fast and they have not made explosive progress, they have done what they needed to do and at their own pace in order to close in on securing this season’s EWC championship title.

Michael van der Mark: “I’m really happy with the test. To be honest we didn’t change a lot with the bike, which is good. And especially today we did a long run, and it’s good to confirm that the bike works for the three of us. We were really fast and consistent. Of course the race is different but it’s good that we all have a good feeling with the bike and there were no big problems. I’m happy to finish the test and looking forward to the race. For the 8 Hours it’s not only the bike setup but also teamwork that’s really important, and we already have a good atmosphere in the team. It’s nice; everybody is relaxed. Of course the race weekend there is a little bit more pressure, but I’m really looking forward to the race. Now I’m heading back home to the Netherlands. What’s the first thing I’m going to do when I get home? Get lots of sleep! That’s important for the 8 Hours too.”

Katsuyuki Nakasuga: “Today Alex and Michael did some long run tests while I worked on matching the track temperature to our tire selection, and also the suspension settings for the race. It rained during yesterday’s afternoon sessions, but overall the heat and humidity were pretty close to what it’ll be like in the race, so it was a great three days of testing. But looking at our rivals, they’ve got new bike models this year and they’ve also gotten faster, so I think the whole team will have to really focus on getting the job done. For our riding position, we’ve found a good compromise that lets all three of us ride how we want to. The next time we’ll be back here is for the actual race. Let’s go get that third straight win! With our team, we can definitely do it. Fans, we’re counting on you to cheer us on!”

Alex Lowes: “Overall it was really positive. Our feeling with the bike is quite good. The first day was a bit difficult because we came straight from America, but it’s been a good test. We finished with a race stint simulation and it felt quite good. Our lap times were really consistent. I think my last lap was in the 2’08s and our average time was around 2’09.1. Of course Michael and Nakasuga-san both did good jobs. Looking toward the race, the atmosphere in the team is good; generally, everything is good. I’ll go home for one week, rest, relax and focus on the Suzuka 8 Hour.”

Team Manager Wataru Yoshikawa: “This has been an excellent three days of testing. There are a few things we want to work on with the bike’s settings, but all three riders are in agreement about what we should do, so we know which direction to go and that’s a big positive. We also wanted to do some long runs to check the fuel consumption and we were able to do that during the last session on Day 3. Alex and Michael were in charge of that work, and their average lap times were low 2’09s. Alex kept getting faster and was on track to get into the 2’07s, but I had to ask him to slow down! All-in-all the team is in good shape. I hope everyone is looking forward to the race!”