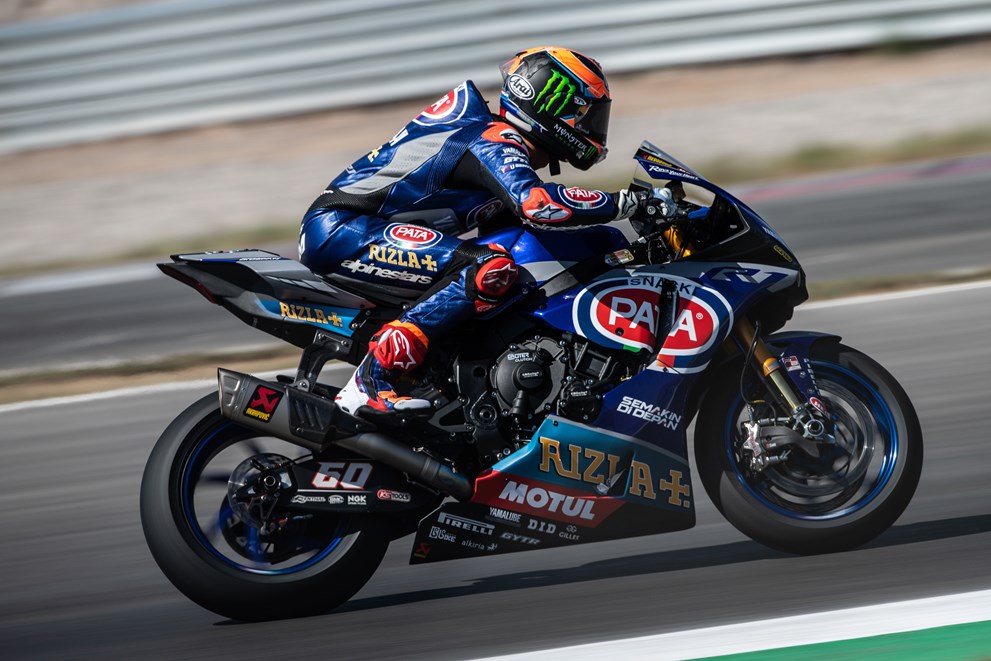 The Pata Yamaha WorldSBK team continued their run of positive form in today’s Race 1 in Argentina, with Michael van der Mark finishing in fourth place and teammate Alex Lowes following him across the line in fifth. The result means that van der Mark moves to within three points of Lowes, as the Pata Yamaha pairing continue to dispute third place in the championship standings.

The condition of the San Juan Villicum circuit has been a major discussion point all weekend, with riders expressing their concerns about the dirty surface and the newly resurfaced areas of the track even before anyone had turned a wheel in anger. Efforts by circuit staff to clean the track surface on Thursday afternoon proved woefully inadequate and conditions on the opening day were treacherous, with surface dirt and seepage from the new asphalt causing a severe lack of grip, a problem that was exacerbated as the track temperature increased.

While a full day of track sessions yesterday meant that a much wider clean line was available to riders in the final free practice session and qualifying today if riders were forced offline by a mistake or by a rival, the level of grip available dropped significantly. The condition of the San Juan Villicum track was significantly below the standard expected of a circuit on the world championship calendar on arrival, and unfortunately, it remains below this standard, despite the improvements as a result of use and maintenance over the past two days.

Despite the problems, today’s WorldSBK Race 1 ran the full distance and, while times were slower than expected due to the tricky conditions, was concluded without a single incident and with all 12 protagonists picking up championship points at the chequered flag.

Track conditions are expected to improve further tomorrow, as the forecast is for overcast skies and an ambient temperature significantly lower than the last two days.

Michael van der Mark – Pata Yamaha WorldSBK – P4: “Conditions weren’t ideal again today, which made for a tough race, but we were expecting that. I got a good start from the front row after qualifying in second and then had a nice four-way battle at the front for a few laps. We managed to pull away quite quickly from the guys behind us, but after seven laps I started to struggle with the rear grip and I couldn’t stay with the lead group. Today was more survival then a real race, but I scored some really good points and we know where we need to improve for tomorrow.”