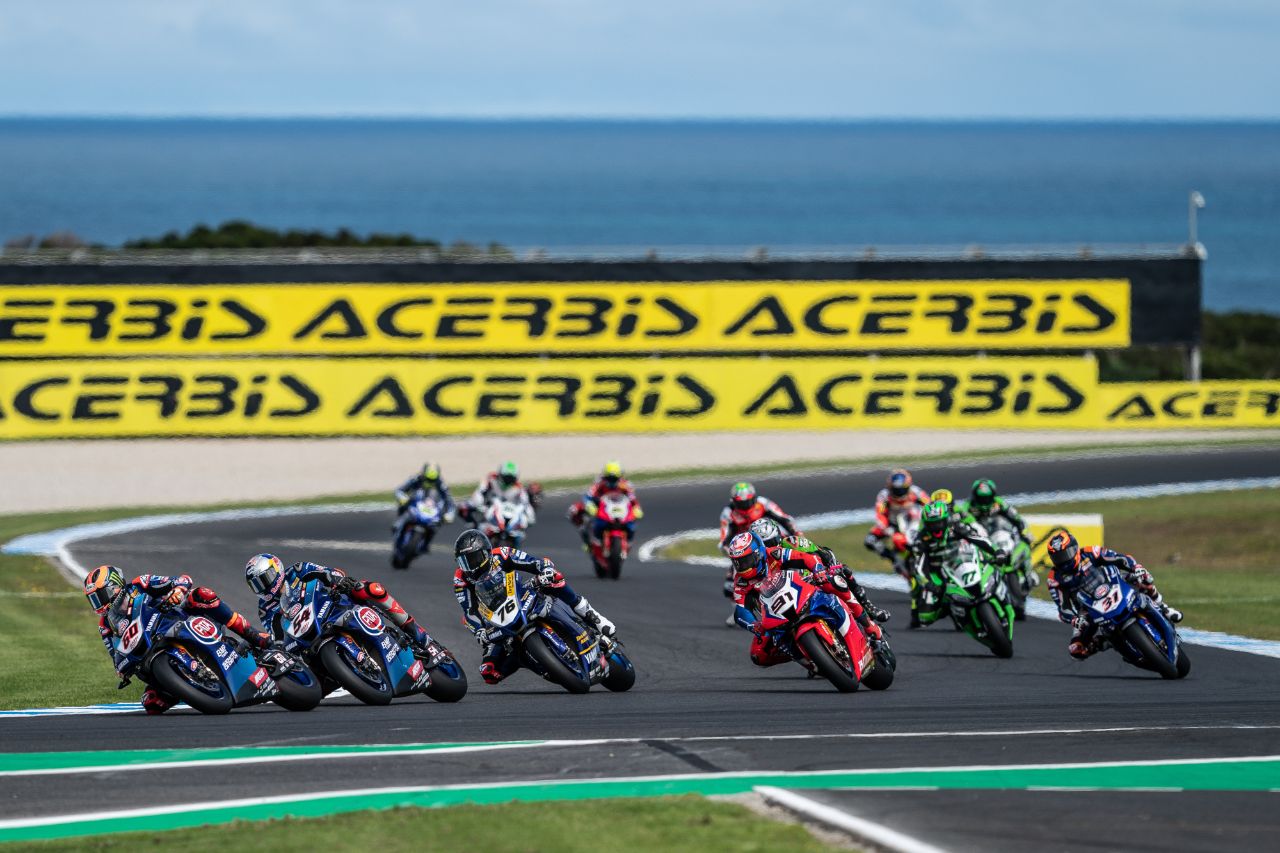 Michael van der Mark missed out on a podium finish by just 0.096 seconds in Race 1 at Phillip Island today. The 4.445km-long circuit in Australia delivered a thrilling race from the start as the Pata Yamaha with Rizla pairing of van der Mark and Toprak Razgatlioglu battled at the front through all 22 intense and often combative laps in dry and sunny track conditions.
Both riders had stated that the 2020 Yamaha R1 had benefitted from a series of improvements, and both proved it with their ability to qualify on the second row of the grid and then stay in contention to the end, in a race with up to seven riders fighting within the leading group.

After long-time leader Tom Sykes had dropped back and Scott Redding took the lead for three laps, Razgatlioglu assumed front-running control for a while, until van der Mark made his claim for the win from lap 19 to 20. Razgatlioglu reasserted his hold on the lead for the final two laps and it looked like a Pata Yamaha with Rizla 1-2 was on the cards, until Kawasaki rider Alex Lowes made a last-corner pass, pushing van der Mark wide and allowing Scott Redding also to pass within sight of the flag.

In the final analysis the entire four-rider group was covered by just 0.137 seconds across the line.

Michael van der Mark – Position: 4th: “Our plan was to win and I felt I could do it. We knew we had a good pace and could do it all race long, but I did not want to lead the race, just stay behind some guys and save the tyre towards the end. The plan was working and I felt really comfortable; even quicker than the other guys in some areas of the track. But, I lost my drive grip and especially in the last two corners, I did not go forward. It is a shame we lost out on the podium places, we need to improve just a little to be there tomorrow. Congratulations to Toprak – together we have shown that the new R1 has made a good step forward.”