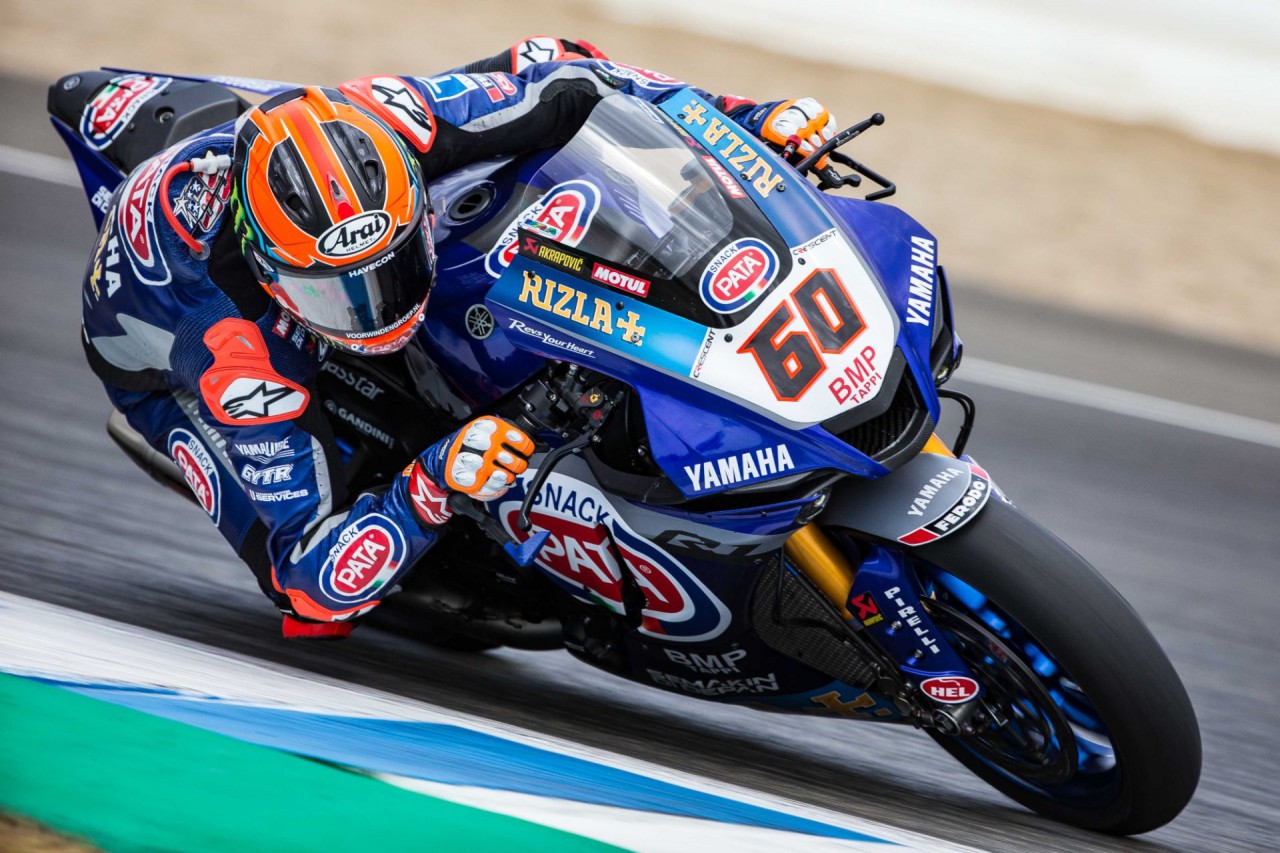 Michael van der Mark’s hopes of a first podium of the season were dashed following a technical issue, which eventually saw him retire from Race 1 at the Circuito de Jerez. Having clocked the fastest time in Saturday morning’s FP3, as well as a strong performance in the Superpole, Van der Mark was looking forward to a good result at the 4.428 km circuit, but a technical problem forced the Dutchman to retire on the eighth lap.

Michael van der Mark: DNF – Pata Yamaha WorldSBK Official Team: “This morning and in the Superpole I had a good feeling on the bike, we had improved my R1 a lot compared to yesterday. Straight away in the race I was missing top speed, I could feel something was wrong, and unfortunately in the end we had a technical failure. Tomorrow’s another day though, we can still improve in a few areas, including under braking, but I’m confident of a good result.”