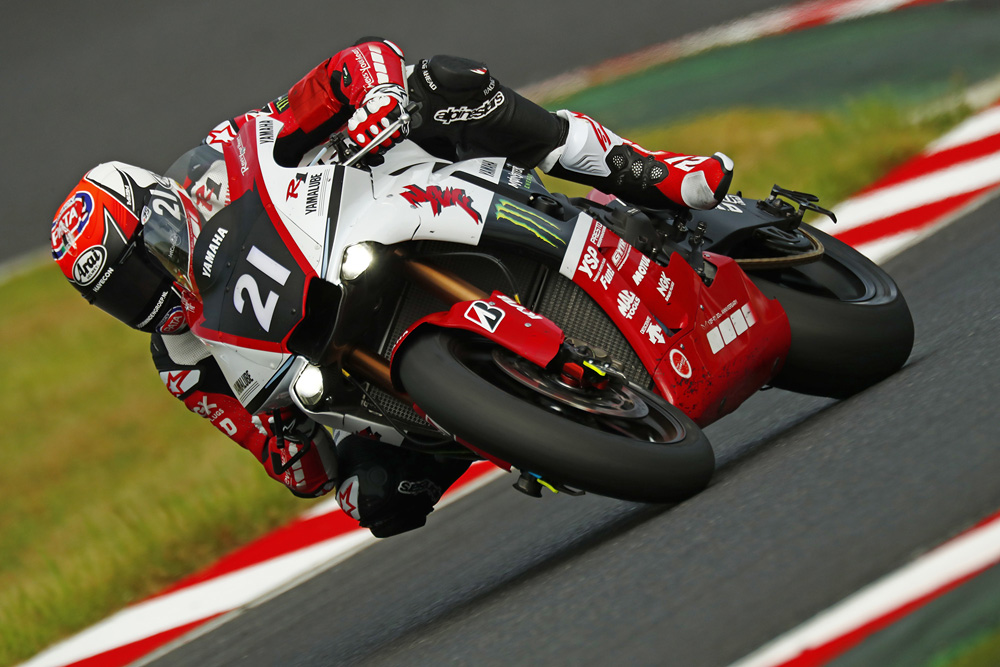 Qualifying got underway today in Suzuka ahead of Sunday’s 2018 “Coca-Cola” Suzuka 8 Hours in relatively cooler temperatures than Japan has experienced with the intense heat earlier this week. The Yamaha Factory Racing Team continued their highly competitive form of the last three years, wrapping up the day with 2nd overall.

The Yamaha Factory Racing Team’s Katsuyuki Nakasuga, Alex Lowes and Michael van der Mark hit the track with purpose in their first QP sessions, with Nakasuga the first out. The Japanese ace was immediately on the pace and under the 2’07 mark. As with all sessions his was interrupted by a red flag, but he was still able to calmly deliver a 2’06.854 lap to take 2nd in his heat, 0.079s from the top. Next up was World Superbike rider Lowes, who took little time to echo Nakasuga’s performance, delivering a blistering 2’06.620 lap before the next red flag came out, completing his session in 2nd, 0.249s from the top. Van der Mark completed the team’s outing in the third heat, finding space between more red flag incidents to lay down a 2’07.428 lap and take 3rd. The combined times of the team put them on top in the Overall 1st Qualifying Classification with an average lap of 2’06.967s, 0.129s ahead of 2nd place.

The second QP sessions saw Nakasuga straight to business again, putting down his fastest time of the weekend, a 2’06’236 lap to sign off his session. Both Lowes and van der Mark were able to keep up their pace from the earlier sessions, scoring a 2’06.620 lap and a 2’07.428 lap, respectively.

Michael van der Mark: “I think we had quite a good day qualifying. Of course, with the rules you have to play a bit with the tyres but I think Nakasuga-san and Alex made really good lap times and I think for myself it was also quite good. I think we can be happy going into the Top 10 Trial tomorrow because the race pace from our team seems to be really good which is what matters most in the Suzuka 8 Hours. I’m really looking forward to the race.”