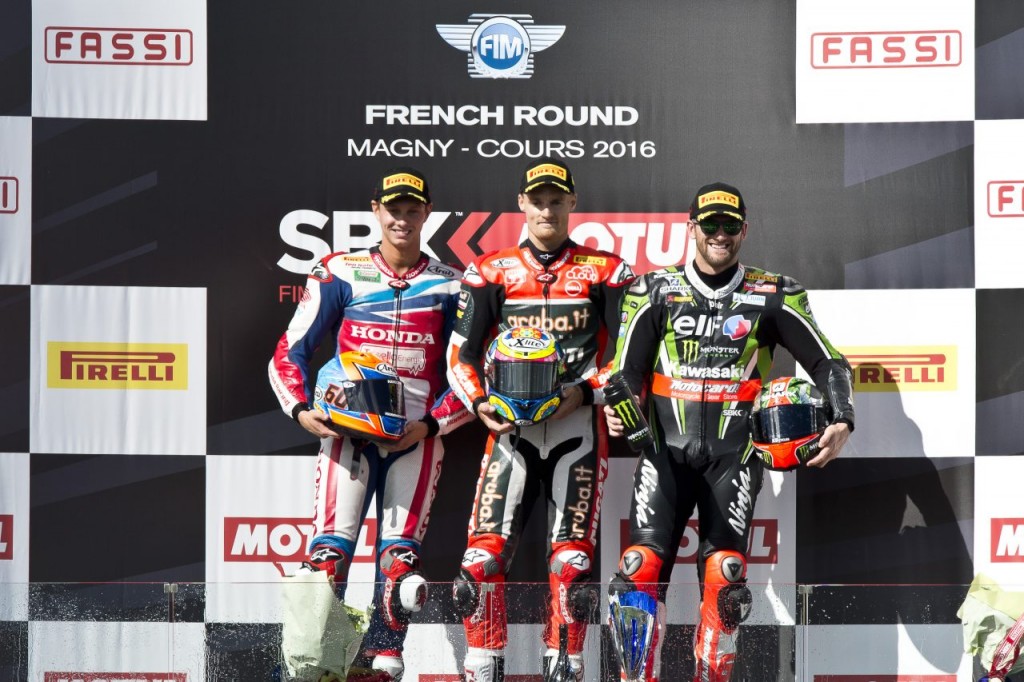 Michael van der Mark completed a stellar recovery in today’s 21-lap FIM Superbike World Championship race one at Circuit de Nevers Magny-Cours to take second place in spectacular fashion in front of the French crowd. Van der Mark was able to get a great launch off sixth place on the grid and his choice to pit at the end of lap 8 proved to be an excellent one. The 23-year-old from Rotterdam made perfect use of Pirelli’s slick tyres to storm past his rivals and, during the penultimate lap, he overtook Savadori for second place. He then managed to hold his position up to the chequered flag despite a resurgent Tom Sykes and crossed the line with a 0.347s margin over his rival. Courtesy of his sixth podium finish of the season, van der Mark consolidates his fourth place in the championship standings.

Michael van der Mark (2nd): “What a crazy race! The track started to dry before the race started and that made the tyre choice a quite difficult one. I decided to stay on wet tyres after the sighting lap because I wasn’t sure if it was dry enough for intermediates. I had a good start and battled at the front in the first laps, but after that I couldn’t get up to speed on the straights and that was quite frustrating. I decided to calm down, wait one lap and then go back to the pits for a tyre change. It proved to be the right decision and especially at the right time. In the end Chaz was the one who got it perfect and congratulations to him for the win. I’m extremely happy with my second place; it’s nice to get back on the podium and to consolidate my fourth place in the standings.”