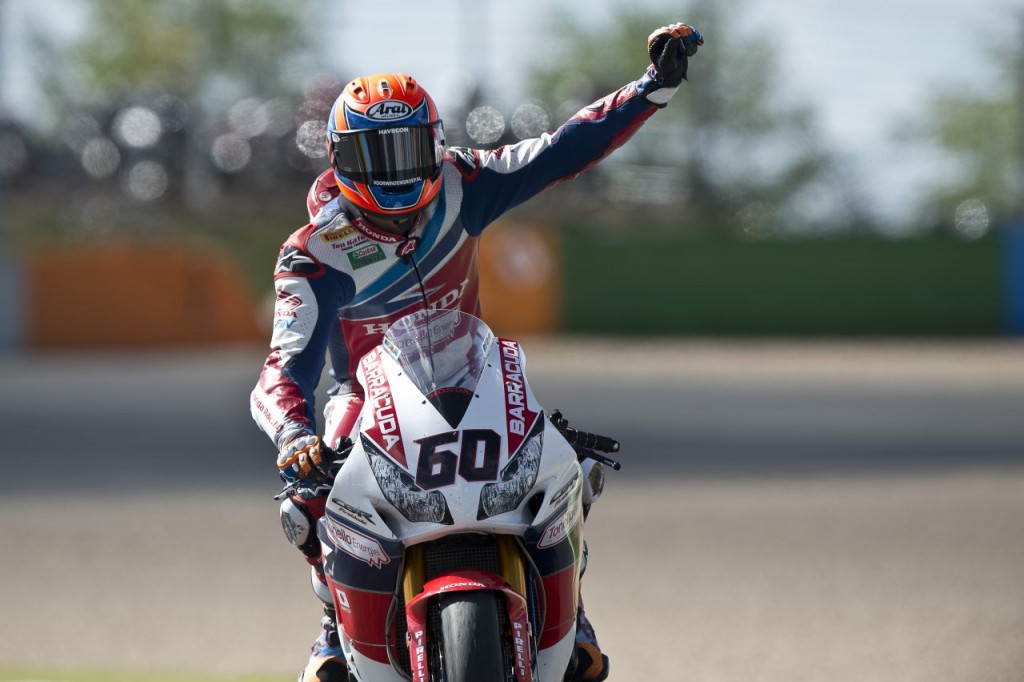 The Circuit de Nevers Magny-Cours today witnessed the second race of the World Superbike French Round, with Honda WorldSBK Team rider Michael van der Mark claiming fifth place on board his Honda CBR1000RR Fireblade SP machine. Van der Mark spent the majority of his race fighting for fourth place with Leon Camier, who overtook him on lap 12. The Dutch rider did all he could not to lose touch but, after one last effort to bridge the gap to the tall Englishman, the 2014 World Supersport Champion crossed the finish line in fifth position, a result that allows him further to consolidate his fourth place in the Championship standings.

Michael van der Mark (5th): “The settings we tried in warm up didn’t really work out so we used the ones from FP2, the only long session I had this weekend. My start and first lap were great; I had a consistent pace, just a little bit slower than I’d hoped. When I got in front of Camier I tried to pull away but it was not possible and, when he passed me, I simply couldn’t stay with him. In the end, fifth is not a bad result. We scored some more important points and now we have a solid fourth place in the Championship in our hands. Hopefully, in two weeks’ time at Jerez we will be able to challenge for honours again.”