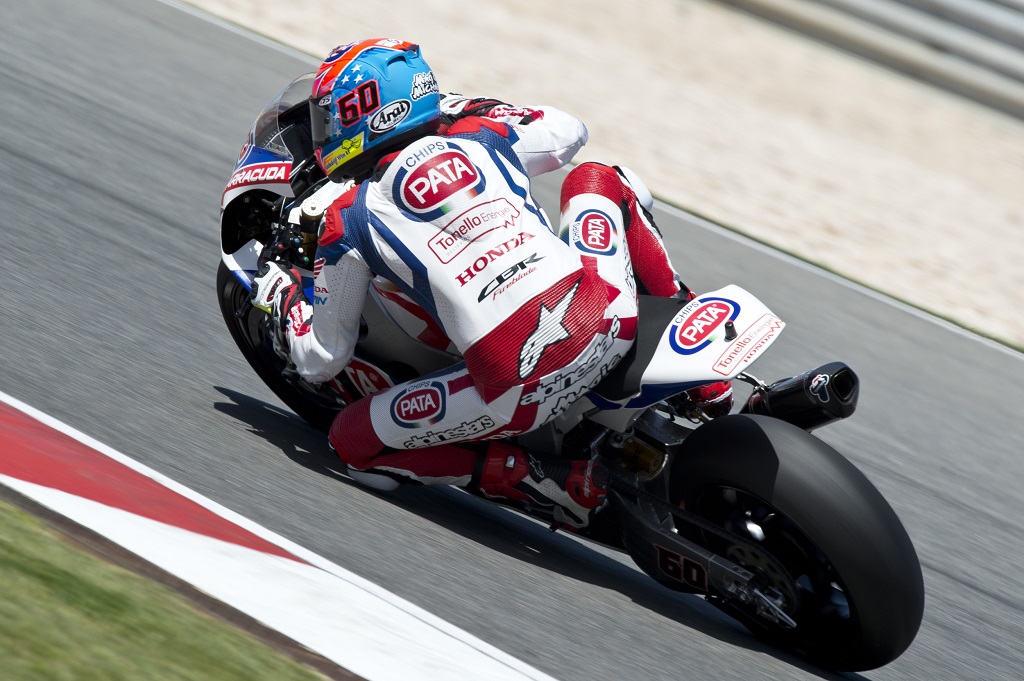 Michael van der Mark is preparing himself for the Pata-sponsored eighth round of the 2015 World Superbike championship which takes place at Misano World Circuit this weekend (19-21 June) on the Adriatic coast of Italy. Both Pata Honda riders, Van der Mark and Sylvain Guintoli, enjoyed improved results in the last round at Portimao in Portugal but the CBR1000RR Fireblade SP-mounted duo knows that further steps are required to challenge for more podium finishes. World Superbike rookie van der Mark, 22, finished second at Misano last season on his way to the 2014 World Supersport championship and the Dutch ace is determined to add to his debut WSBK podiums scored earlier this season at his home round in Assen.

Michael van der Mark: “I’m really looking forward to riding at Misano this weekend because it’s a track that I really enjoy and to ride it on the Fireblade should be great fun! After a bad run of results, it was really good to finish both races in the top ten at Portimao and that’s definitely going to be my biggest target for Misano. Hopefully, we can have a weekend without any problems and get back to challenging some of the front guys again like earlier in the season.”