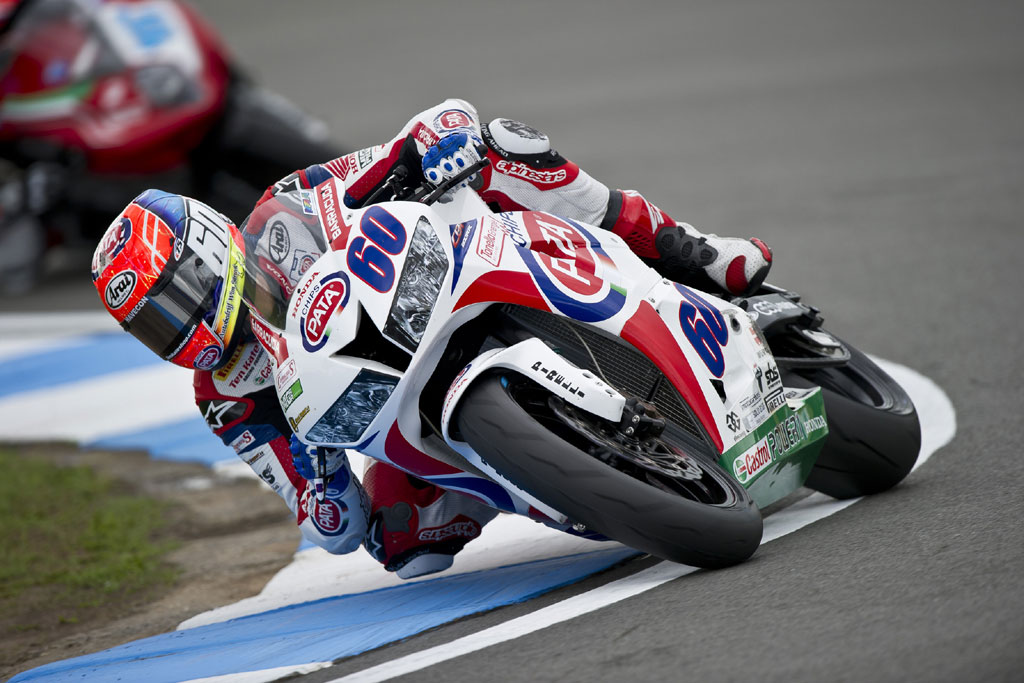 Michael van de Mark set the second-fastest overall time in today’s opening two free practice sessions for round five of the 2014 World Supersport championship at Donington Park in the UK. Provisional pole position was taken by Kenan Sofuoglu who was just 0.1s faster than the Van der Mark who lapped the 4.023km Donington Park circuit on his Honda CBR600RR in a time of 1m31.313s.

Michael van der Mark: “Today was really good and we started very well this morning. Immediately, I had a good feeling with the track and with my CBR and finished the first session in first position. In the second session we changed a little bit on the bike and I was able to improve further my lap time. I also had a good, steady race pace which was quite fast and, at the end, we tried some other stuff which didn’t really work. But I’m happy with today – I’m much faster than last year and I’m really close to the front.”

Pieter Breddels (technical co-ordinator): “Michael has been fast today in both sessions and got into a good rhythm this afternoon when he did his trick of going faster and faster on used tyres. We didn’t really change the bike a lot and he’s looking strong.”