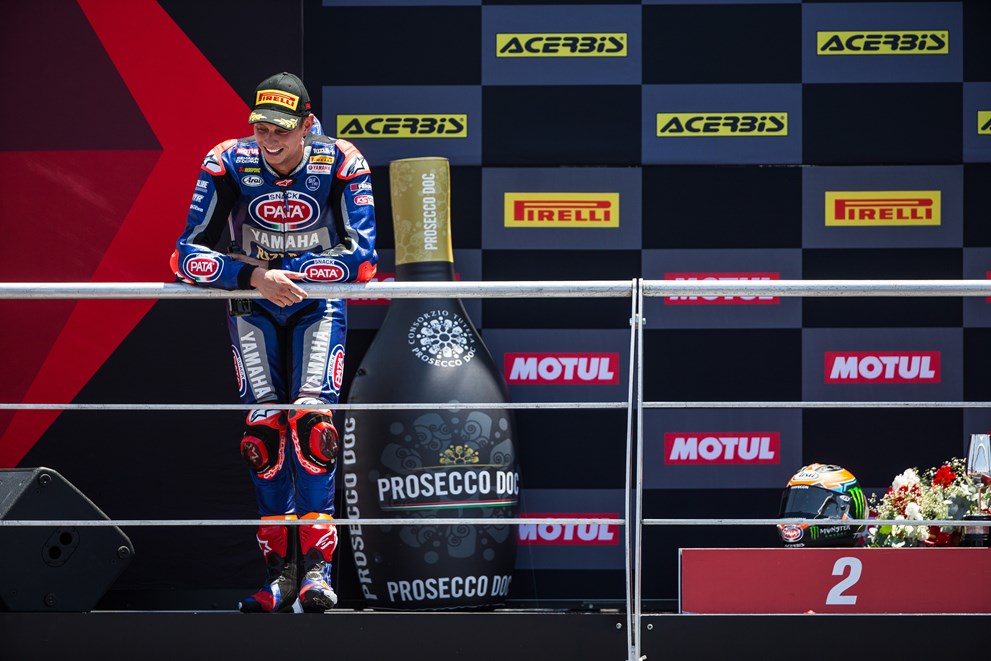 Michael van der Mark has scored a superb second place in the first WorldSBK race at Jerez in Spain. As Championship leader Alvaro Bautista escaped at the front of the race, both Pata Yamaha riders – Michael and Alex Lowes – spent the early stages riding in formation, pushing hard to close the gap to Jonathan Rea in second place.

It was van der Mark who caught the reigning champion first, outbraking Rea into the newly named Dani Pedrosa corner at the end of the back straight to move into second place. With a clear track in front of him the Dutchman quickly gapped the Kawasaki rider and ended the race in a strong second place.

Van der Mark’s second place today saw him move ahead of Lowes in the championship for the first time this season. The 26-year-old is now third in the standings on 154 points, with Lowes now fourth on 140 points.

Michael van der Mark – Pata Yamaha WorldSBK – P2: “The bike felt really good in Superpole, but I made a couple of mistakes than cost me a few tenths and that meant I started from the third row of the grid today. I got a good start, managed to make up quite a few places in the opening laps and then quickly settled into a good rhythm as I tried to conserve my tyres. When I passed Alex I was struggling a bit with the front and having to ride a bit differently, but I was still able to close on Johnny and then pass him for second. I tried to pull a gap straight away, but he managed to stay with me for a couple of laps before I could get away from him. The bike was really good; the guys have done an amazing job and the package has improved, but we still need to find a little more improvement with the front ahead of the two races tomorrow.”