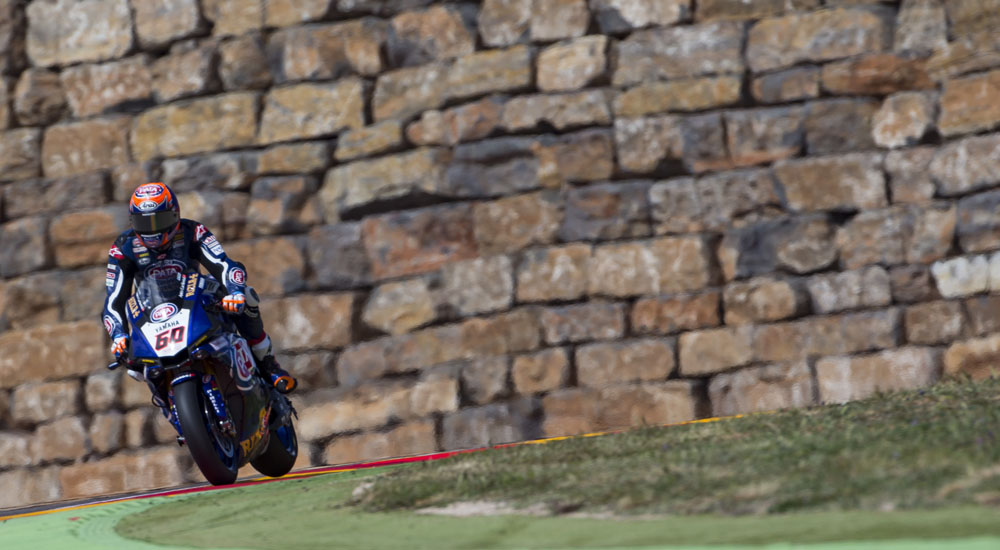 Pata Yamaha Official World Superbike rider Michael van der Mark repeated yesterday’s promising results with another fifth place finish in today’s second race for the FIM Superbike World Championship Motorland Aragon round. Van der Mark enjoyed a front row start today after yesterday’s fifth place finish and was clearly enjoying the early laps in the front group, tucked in to second behind his teammate Lowes. Despite being passed by a couple of the fastest riders, Van der Mark was able to keep the group in sight and maintain an impressive pace. As the race developed, front tyre grip dropped dramatically due to the colder temperatures and high winds, however this didn’t stop him from bringing his R1 home in fifth position to match yesterday’s race result.

Michael van der Mark – 5th, + 13,336: “I’m really happy, we had a good start in second behind Alex, then Johnny Rea passed me and then Marco Melandri passed me on the straight. I was a little bit slower than the guys in front of me but I could hold on to them so I was happy with that. For sure we’ve made another step forward; that is really good. In the end I struggled with the front tyre, we were on the softer front option and I think today with the wind it made it worse. I’m happy finishing fifth, and it was good to fight in the front group. I want to thank the team for all their hard work. Everybody is working really very hard and we can see the potential is developing well. We are making progress and I’m happy.”