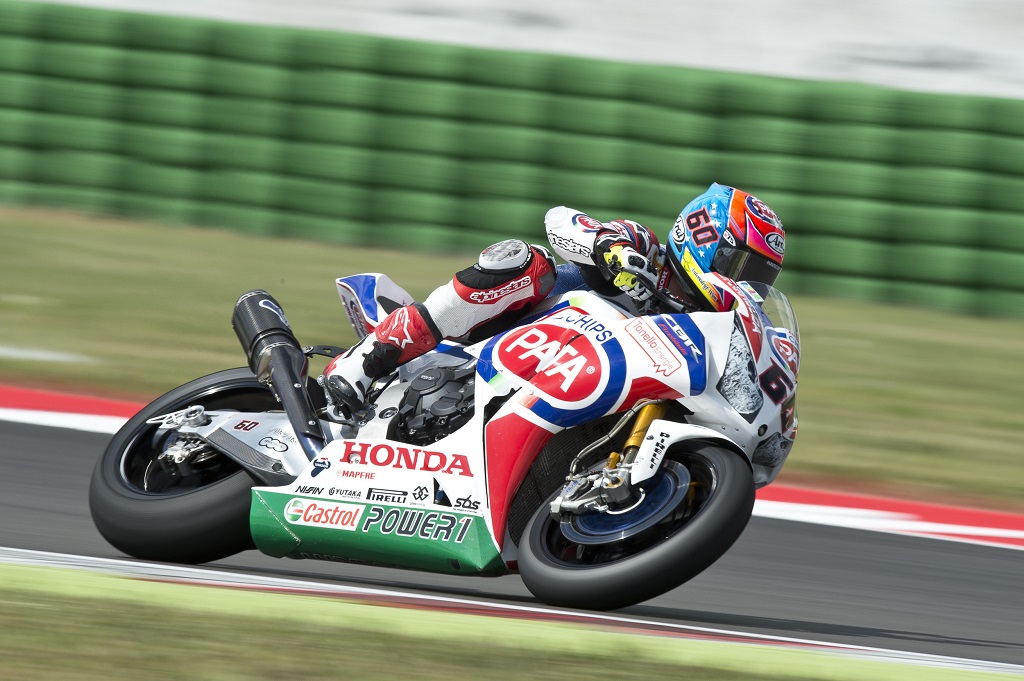 The Pata Honda team is preparing for round nine of the 2015 World Superbike championship which takes place this weekend (17-19 July) at Laguna Seca in California, USA. For Michael van der Mark, this weekend marks his first-ever visit to the United States and is the first stage of a demanding three-week racing schedule. Following the Laguna Seca SBK event, the 22-year-old Dutch ace will fly directly to Japan to contest the Suzuka 8 Hours endurance race, which he has won for the last two seasons. From Suzuka, van der Mark, will make the relatively short hop to Malaysia for round 10 of the World Superbike championship at Sepang, near Kuala Lumpur on 2 August.

Michael van der Mark: “I’m really excited about this weekend because I’ve never even been to America before! Of course, I’ve seen some of the amazing races that have taken place at Laguna Seca and I’m really looking forward to riding the circuit for the first time myself. The Corkscrew is one of those corners that everyone wants to ride so I can’t wait to see it for the first time. It’s going to be a tough three weeks with the 8 Hour race on the weekend following Laguna and then Sepang the week after. I had a test on the Suzuka CBR last week with my new team-mate for the 8 Hour, which was good, but I’m really looking forward to getting back on my SBK Fireblade this weekend. I’ll start by learning the Laguna track on Friday and then doing my best over this first weekend.”