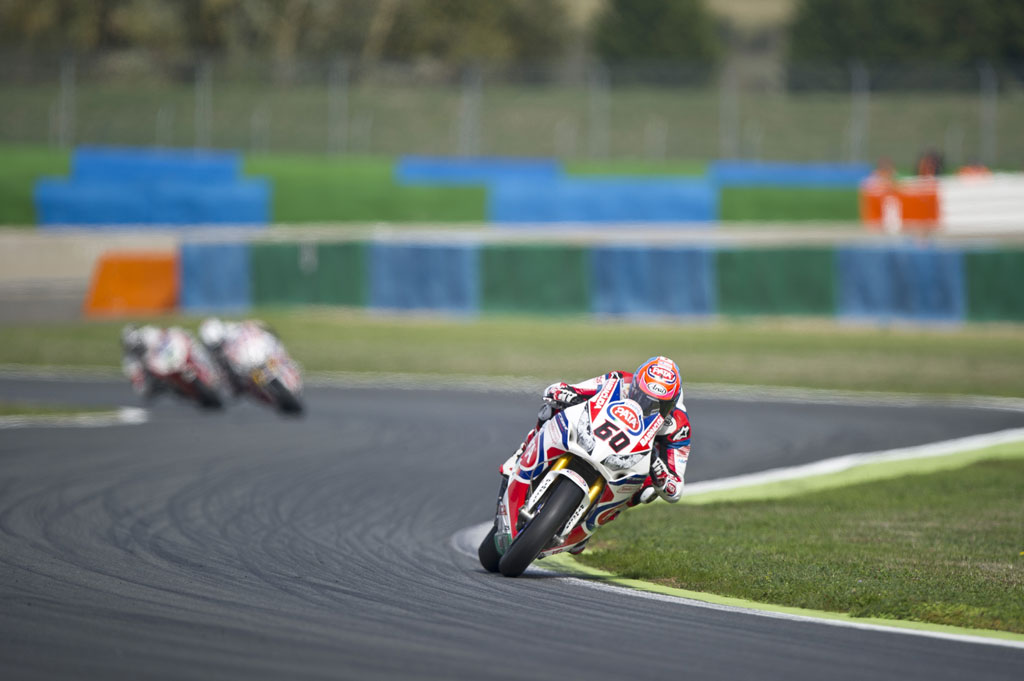 VAN DER MARK READY FOR FINAL WSBK ROUND OF 2015

With the World Superbike championship title already decided, Michael van der Mark head for the final round of the 2015 season this weekend (16-18 October) at Losail in Qatar. The Pata Honda rider have enjoyed a strong upturn in results since the series returned from an extended summer break with Van der Mark, and also his team mate Sylvain Guintoli, taking their Honda CBR1000RR Fireblade SPs to podium finishes in the last two rounds. 22-year-old World Superbike rookie van der Mark took his third podium of the season in the previous round at Jerez in Spain and followed that up with two impressive fourth place finishes at Magny-Cours having started from 15th place on the grid.

The 5.380km Losail circuit near the Qatari capital of Doha, featuring a start-finish straight of 1.068km, hosted World Superbike events from 2005 to 2009. The championship returned following a five-year absence in 2014 to race under the circuit’s famous floodlights for the first time, with both races won by Guintoli.

Michael van der Mark: “It might be the end of the season but I’m already looking forward to 2016. It’s sometimes been a difficult learning year on the CBR and, if not for some recurring technical issues, I think we could have been fighting for the podium more often. I think we have shown in the last few races how strong we can be and I think going 4-4 in the last round at Magny-Cours was a really good result from a difficult qualifying position. I like the circuit at Qatar, it suits my style and I think it suits the CBR since Johnny [Rea] was on the podium last year. I was also able to finish last season really nicely under the lights by winning my last World Supersport race. We’ll be working really hard to be at the front again this weekend to finish again in some style.”