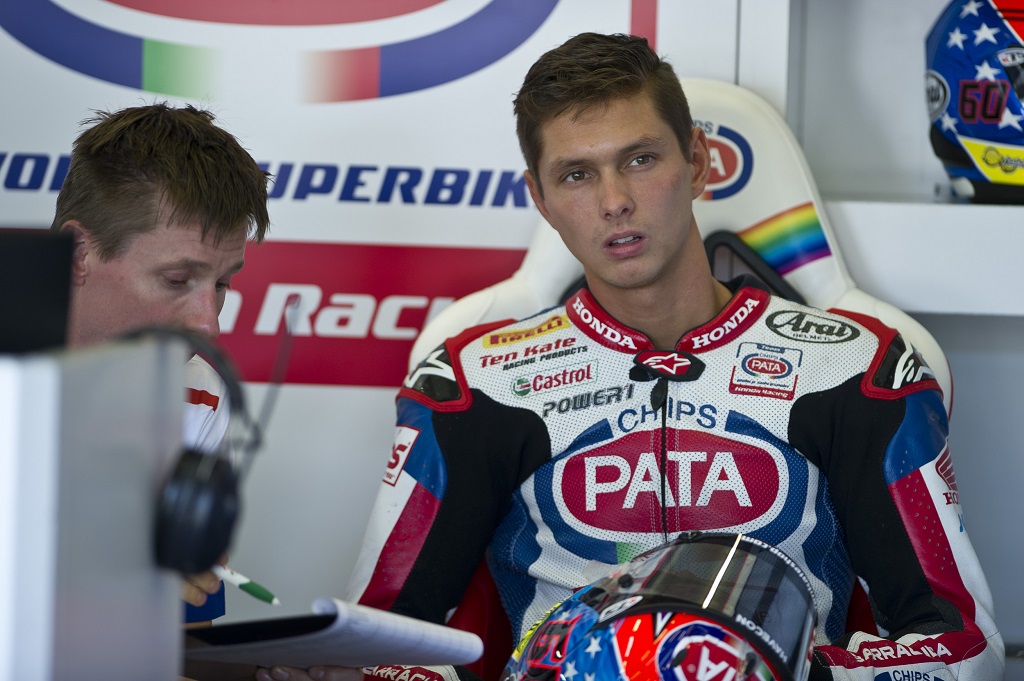 Pata Honda rider Michael van der Mark is preparing for the final European round of the 2015 World Superbike championship at Magny-Cours in France this weekend (2-4 October). Van der Mark is in sparkling form having secured the third podium of his rookie WSBK season last time out in race one at Jerez. The 22-year-old Dutch rider looked to be riding his Honda CBR1000RR Fireblade SP to at least another third place finish at the Spanish circuit before crashing out of contention in the second race. The 4.411km Magny-Cours circuit has been good to Van der Mark in recent years. It’s where he secured the 2012 European Superstock 600 title before progressing to World Supersport the following season. He finished second in last year’s race having already won the 2014 championship.

Michael van der Mark: “Jerez was really good for us, not just getting back on the podium but getting much closer to the guys in front. Even in qualifying, we showed that the CBR package has really improved over the season. OK, I crashed in race two but I was close to the podium again and I really want to be there again this weekend. The best thing about the Jerez weekend was that we had no problems and I think that if we can continue like this in France then we can hopefully be close again. I really like the circuit at Magny-Cours and always enjoy riding there. I’ve had some good results there, as well, and I’ve been on the podium three times in the last four years. In Superbike you get two chances on raceday, though, so I’m really looking forward to the weekend.”