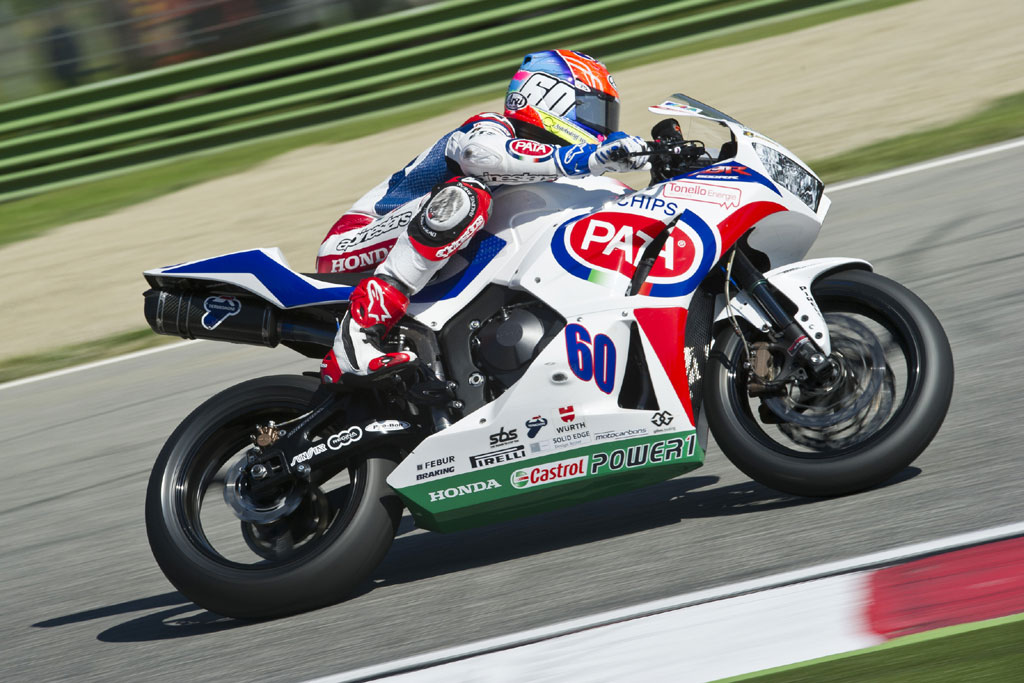 The Pata Honda World Supersport team is gathering for round five of this year’s championship at Donington Park in the UK this weekend (23-25 May) seeking to build on recent success. The team’s two riders, Michael van der Mark and Lorenzo Zanetti, have dominated the last two rounds on their Honda CBR600RR machines, winning their respective home races at Assen in the Netherlands and Imola in Italy. Van der Mark, 21, now heads the championship standings thanks to his victory at Assen and two second-place finishes at Aragon in Spain and as runner-up to his Pata Honda team-mate Zanetti in the last round at Imola. The Dutch rider struggled at Donington Park last season having broken his foot in a crash during the previous round at Monza in Italy, but van der Mark is in a positive frame-of-mind for his return.

Michael van der Mark: “I’m really looking forward to getting back to Donington after the amazing weekend that the whole team enjoyed at Imola. I love the Donington track, even though my only visit was last year, which didn’t go so well. I was injured and couldn’t get the bike to work and then I crashed in the race. It can only improve this year! The last few races have given me a lot of confidence with the CBR and our base setting is working everywhere. There will be a lot of work to get through before the race on Sunday but the team is working really well so I’m feeling positive for the weekend.”

Pieter Breddels – technical co-ordinator: “Michael is leading the championship and is now finding a high level of riding consistency so, even though last season at Donington was not so good for him, we believe that he can certainly aim for another podium this weekend.”