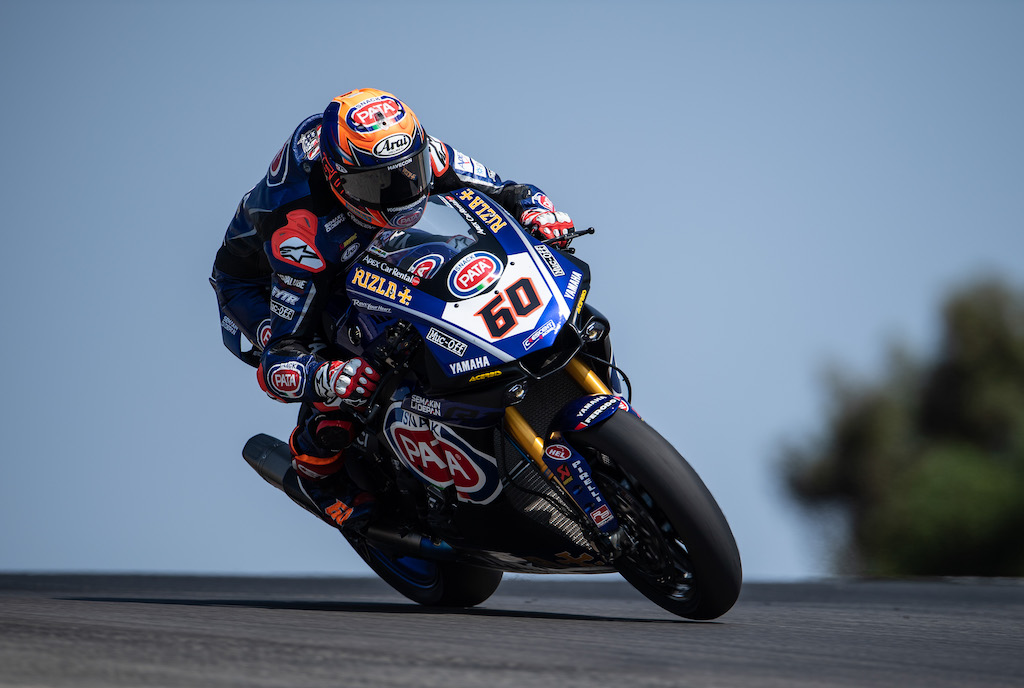 The Pata Yamaha Official WorldSBK Team heads to Portugal keen to continue where they left off ahead of the long summer break, as racing finally resumes this weekend with Round 10 of the 2018 MOTUL FIM World Superbike Championship at the Autodromo Internacional do Algarve in Portimão. Michael van der Mark heads into the weekend determined to repeat the success of Misano, where he signed off the first half of the season with a superb second place.

The test, which saw the Pata Yamaha Official WorldSBK Team rider complete a lot of laps over the course of the two days, provided van der Mark with an ideal opportunity to refine the set up of his Yamaha YZF-R1 machines in similar conditions to those he will experience when he return to race at the circuit this weekend.

Portimão will be an important weekend in terms of the championship for Van der Mark. The 25-year-old rider currently lies third in the standings with 248 points, just 30 points adrift of second placed Chaz Davies. Two good race results in Portugal, a track at which van der Mark finished on the podium 12 months ago, could see the Dutchman significantly close the gap to Davies

Construction of the Autódromo Internacional do Algarve was completed in 2008 and the venue hosted its first WorldSBK round the same year. A high-speed rollercoaster of a track, the 4.6km circuit features a challenging layout that combines fast, sweeping turns with more technical corners and huge changes in elevation, making it demanding of both riders and machines.

“It will be good to get back on the bike and go racing again, as it has been such a long break this year. The goal in Portugal is to start where we left off in Misano, where I finished on the podium after battling with Jonathan Rea for the win. We will start the weekend from a good position, having completed a successful two-day test here back in August. The set up refinements we made during the test should work well, as the conditions for the race this weekend look to be very similar to those we experienced during the test. I’m looking forward to the weekend ahead and I hope we can start the second half of the season as strongly as we finished the first half.”

The Pata Yamaha Official WorldSBK Team kick off the action on Friday with FP1 at 09.45 local time, with qualifying on Saturday starting at 10.30. Lights out for Race 1 on Saturday will be at 13.00, whereas Race 2 on Sunday gets underway at the later time of 15.15.