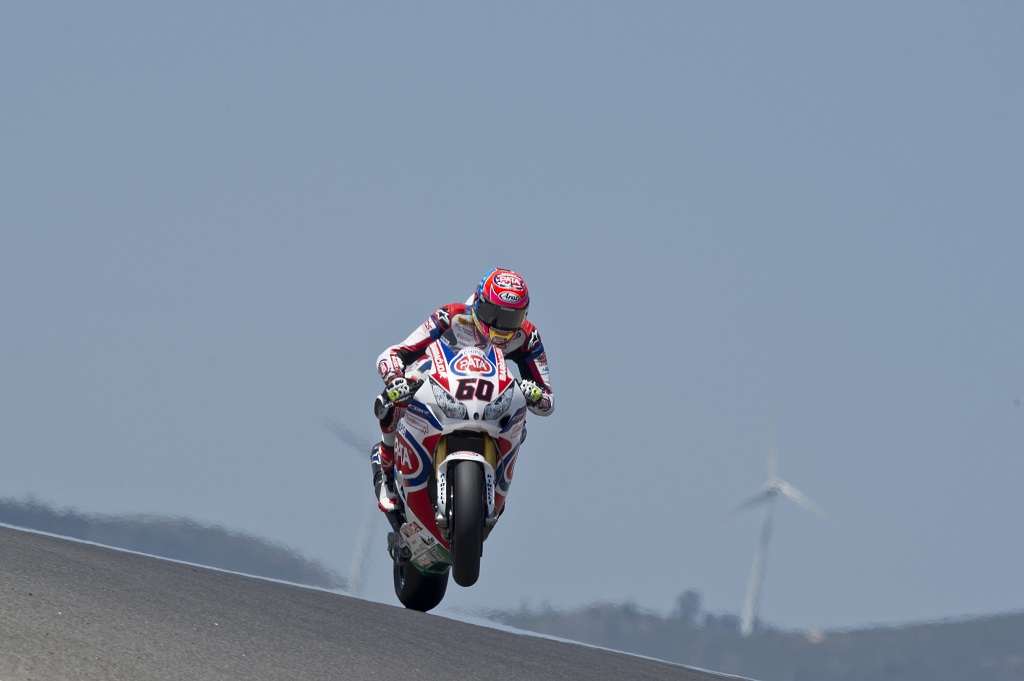 VAN DER MARK POSITIVE AFTER DAY ONE IN PORTUGAL

Pata Honda rider Michael van der Mark has scored an eleventh place in today’s two free practice sessions for round seven of the 2015 World Superbike championship at Portimao in Portugal. After a difficult opening free practice this morning, Dutchman van der Mark was able to improve his lap time in spite of much higher track temperatures this afternoon. The Dutchmen is confident that adjustments to his Honda CBR1000RR Fireblade SP will allow him to qualify well for tomorrow afternoon’s Superpole sessions that will determine final grid positions for Sunday’s two 20-lap races at the 4.592km Autodromo Internacional do Algarve.

Michael van der Mark – P11, 1m44.388s: “This morning was really difficult – we had a lot of problems and I really didn’t have a good feeling on the bike. For this afternoon we made some really big changes and started with completely different setting and immediately I had a better feeling. We only changed some small things on the bike during the session and made some positive steps. There are still a lot of things we can improve, but least I have a good feeling now, which gives us a base setting to go into tomorrow’s sessions.”