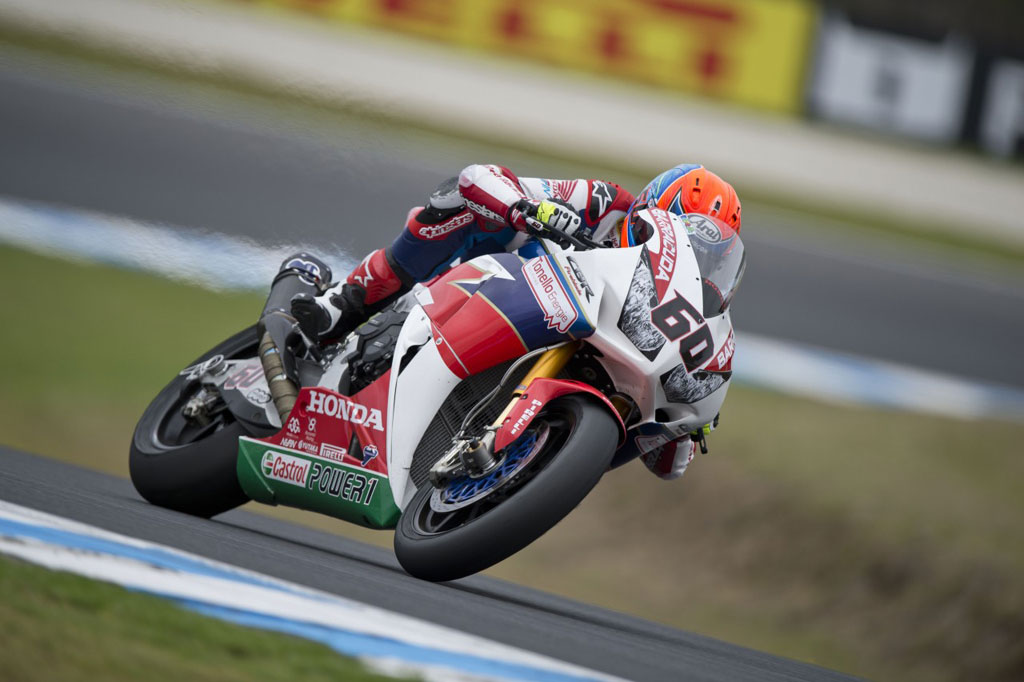 The first day of action for the 2016 FIM Superbike World Championship has drawn to a close at Phillip Island, with both Honda WorldSBK riders – Michael van der Mark and Nicky Hayden – able to qualify directly to tomorrow’s Superpole 2 after two close-fought, one-hour free practice sessions at Phillip Island in Australia. Despite the overcast skies and some light rain at times during both sessions, the riders were able to put in a good amount of work over the course of the day. They also managed to improve the lap-times set during the two-day test earlier this week while looking for the best set up for tomorrow’s Superpole and race one.

Michael van der Mark completed a total of 55 laps around the 4,455m Australian circuit and went a long run in each of the sessions, with an encouraging race simulation put together in the afternoon. The 23-year-old from Rotterdam spent almost half of the second free practice session on top of the timesheets, eventually finishing the day in second place with a personal best of 1’31.249s. With a new format being introduced for the 2016 edition of the series, the Australian round Superpole 2 will begin at 12:55 local time, followed by the first race of the season at 15:00.

Michael van der Mark (2nd / 1’31.249): “We started very well this morning and I was able to get up to speed quite quickly. I decided not to go for a lap time in the end, as we were already pretty safe. This afternoon we tried a different tyre, I went out and we did a long run, which wasn’t planned but it turned out to be a really good one. After that we opted for a different compound but I wasn’t able to get the same feeling out of it. In the end I’m very happy with second place, we have qualified directly to Superpole 2 and I’m really looking forward to tomorrow.”