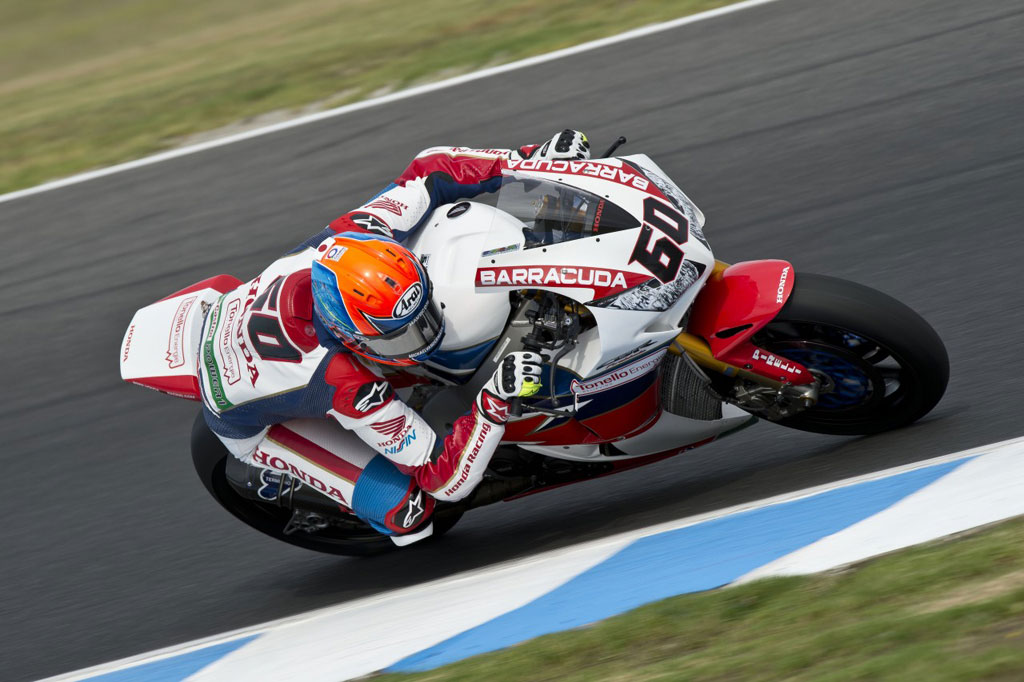 The two-day WorldSBK official test has come to a close for the Honda WorldSBK team at the Phillip Island circuit in Australia. Michael van der Mark and the whole team are now ready to tackle the opening round of the 2016 FIM Superbike World Championship, which is scheduled to begin on Friday at the same venue.

The overall track time of eight hours for the test – split into four sessions – was significantly reduced by mixed weather and several red flags. After a first day marked by intermittent rain, today the temperatures rose considerably and reached a peak of 38°C in the air (41°C on the track) that translated into a dramatic change of conditions for the riders.

Michael van der Mark showed great speed in all conditions aboard his Honda CBR1000RR Fireblade SP on the 4.445km fast and flowing Australian circuit, which last year was the stage for a stellar World Superbike debut for the flying Dutchman. The 2014 Supersport World Champion completed the highest number of laps for this test (123) and was fourth fastest with a lap time of 1’31.458.

Michael van der Mark – 4th / 1’31.458: “I’m really happy with how the test went. With the cooler conditions encountered yesterday we were able to be both fast and consistent and we’re really happy with that. This morning I was fast again but then we changed something on the bike and lost a bit of direction as the temperatures increased. We tried a race simulation that wasn’t perfect but towards the end of the day we made some further adjustments and the bike felt much better. I now know that we can be fast in both warmer and cooler conditions and this makes me confident for the opening round here.”