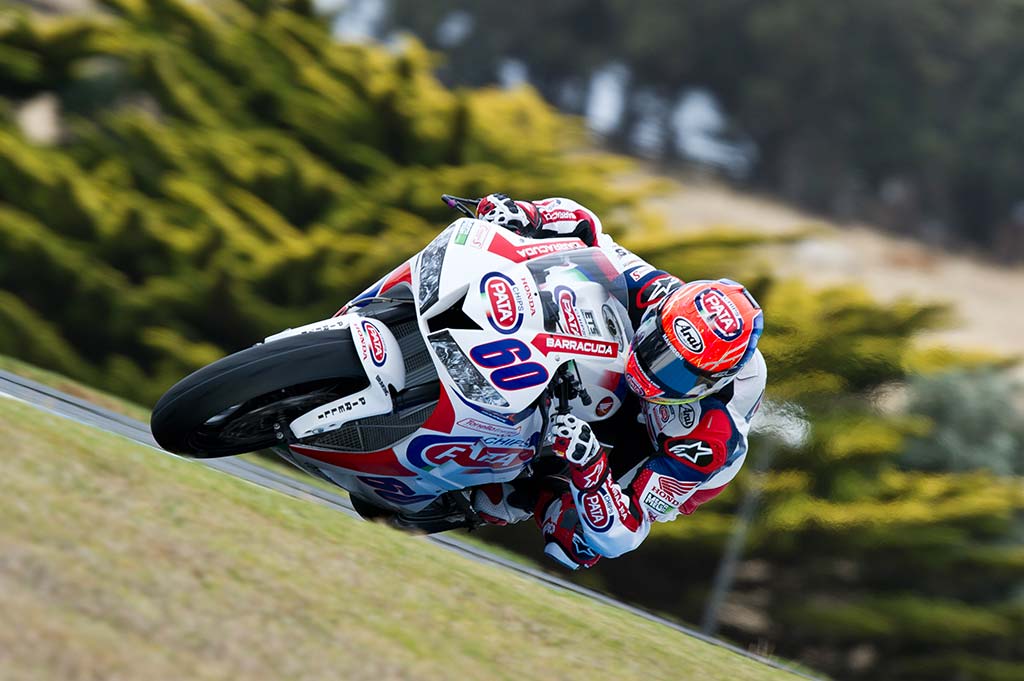 VAN DER MARK IN SUPERSPORT MIX ON DAY ONE

Pata Honda rider Michael van der Mark finished fourth in the second of today’s two World Supersport free practice sessions at Phillip Island in Australia with the pace being set by world champion Kenan Sofuoglu. Hardly any riders took part in this morning’s opening practice session at the 4.445km circuit after morning showers left the track surface wet; revised regulations led to World Supersport teams opting to save their tyre allocation for later in the weekend when the weather is expected to improve. With the circuit dry for this afternoon’s session, van der Mark was looking comfortable before a crash at Phillip Island’s Lukey Heights meant he was forced to return to his pitbox, losing almost half the 45-minute session while his crew repaired damage to his Honda CBR600RR machine.

Michael van der Mark (4th, 1m34.294s): “It was quite boring this morning and we didn’t go out in first practice because of the rain. The forecast is looking OK so we chose to save some tyre stickers. This afternoon the track was dry but the wind was in a different direction from the test earlier in the week, which made it a little difficult. My first few laps were quite OK and then, when I was on a fast lap, I missed a gear so I crashed at Lukey Heights. The guys were able to fix the bike really fast so could go out for the last 15 minutes but it’s difficult to be happy. The crash was for nothing and I’m not happy with the lap time. I hope that tomorrow we can improve some things on the setting and I can avoid any more stupid mistakes.”

Ronald ten Kate (team manager): “We just sat in the garage this morning so it all came down to this afternoon when the track was dry. Michael had set the second fastest time when he had a crash. He managed to return the bike and we were able to fix it but when he went out he was unable to improve his time. Fourth place is OK with a time that he did in the test, so it’s no big drama.”