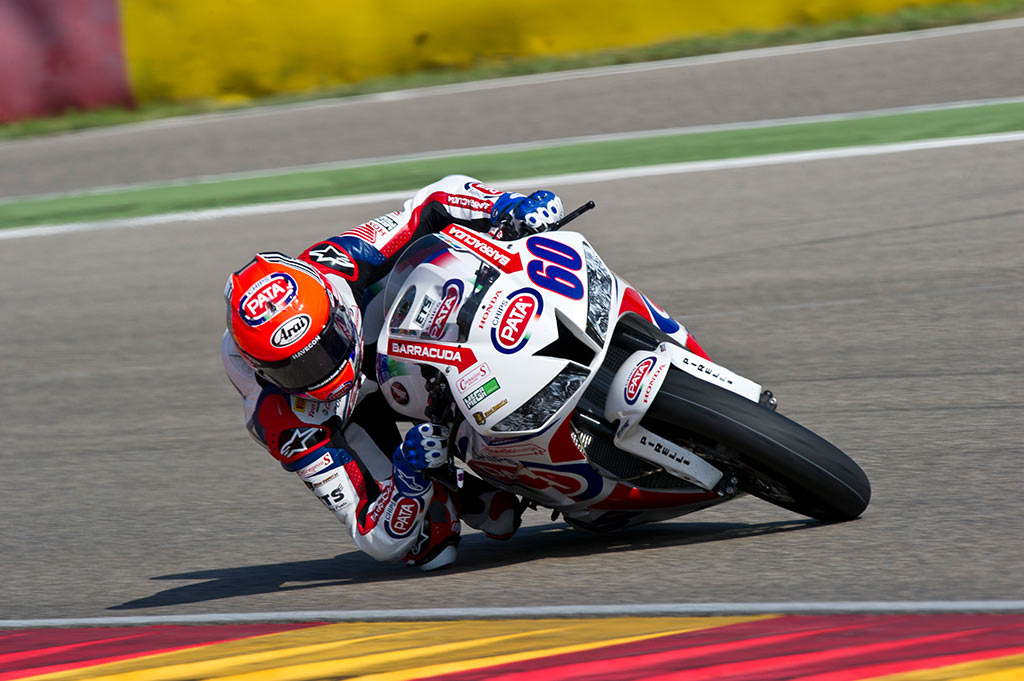 Pata Honda rider Michael van der Mark has qualified in fifth place for tomorrow’s second-round World Supersport race at Motorland Aragon in Spain. This afternoon’s 45-minute qualifying session at the 5.344km circuit 250km west of Barcelona was held in warm and dry conditions with both Pata Honda riders able to improve lap times on their Honda CBR600RR machines. Dutchman, van der Mark, who finished on the podium in the corresponding race last year was frustrated at missing out on a front row start, but is confident of a competitive race pace for tomorrow’s 15-lap race.

Michael van der Mark: “Unfortunately, we weren’t able to resolve the problem we had this morning, which was getting the bike to stop properly. But we made a small step overall – the race pace is OK but we need to improve and go faster than this. I’m not really happy with today, but I’m sure we can find a better set-up for tomorrow and stay near the front.”

Pieter Breddels – technical co-ordinator: “Michael had some problems stopping the bike but it’s not immediately obvious why from the data. In the end we made a change and, instead of getting him in for a fresh tyre at the end, he stayed out and did some more laps. For the race, I’m sure he will run for the podium, but for sure we’re in for a fight.”