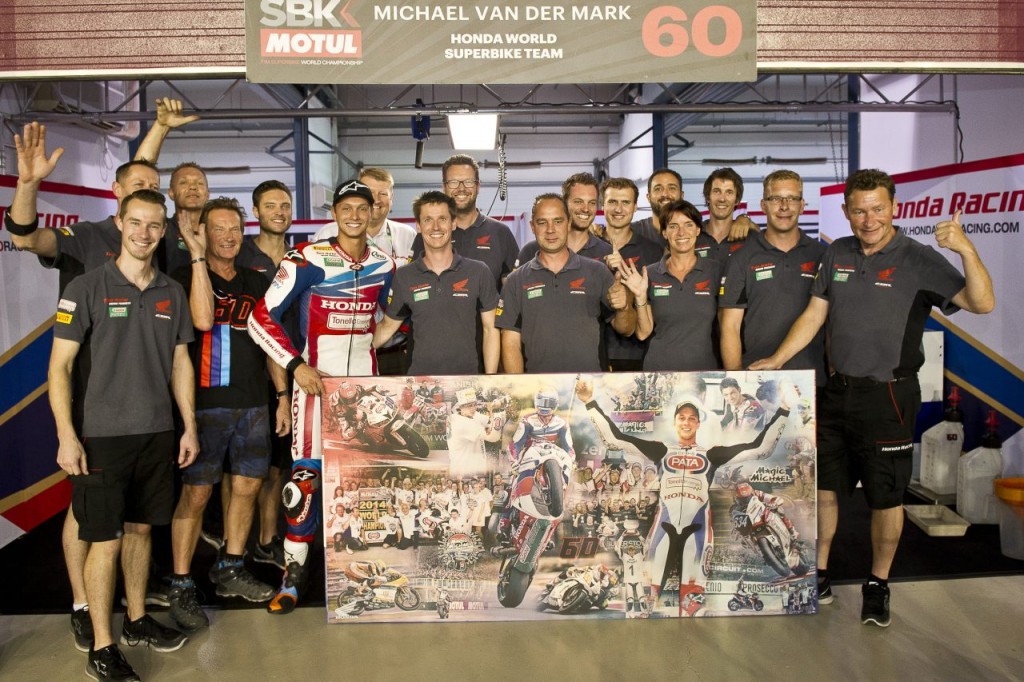 VAN DER MARK FOURTH IN THE CHAMPIONSHIP AFTER QATAR

Michael van der Mark has scored a eleventh place in yesterday’s final FIM Superbike World Championship race of 2016 at the Losail International Circuit. The initial encounter was red flagged during the eighth lap after a technical problem occurred to the bike of local rider Saeed Al Sulaiti. Van der Mark got a great launch off row three but ended up losing several positions as he was pushed wide at turn one. The former World Supersport Champion made up some ground and by lap eight he was back to ninth place. When the new race got underway, Van der Mark moved up to eighth place but could not hold on to it and finished eleventh in his last race with the team and Honda.

Michael van der Mark (11th): “I had a really good start in the first race but I had a big moment in turn one as I got hit from behind. I was way back again and was struggling to get up to speed. After the red flag we changed a little bit the bike setup for the second start and I got away quite well again, but even with new tyres I struggled to find the right grip. It was quite frustrating, because I thought we would have made quite a step forward but thing simply didn’t work today. Of course, I wish the season and my journey with Honda would have ended with a better result, but fourth in the championship is a great achievement and I want to thank all the guys for the hard work they have done. I think we can be really happy with what we’ve done this year.”