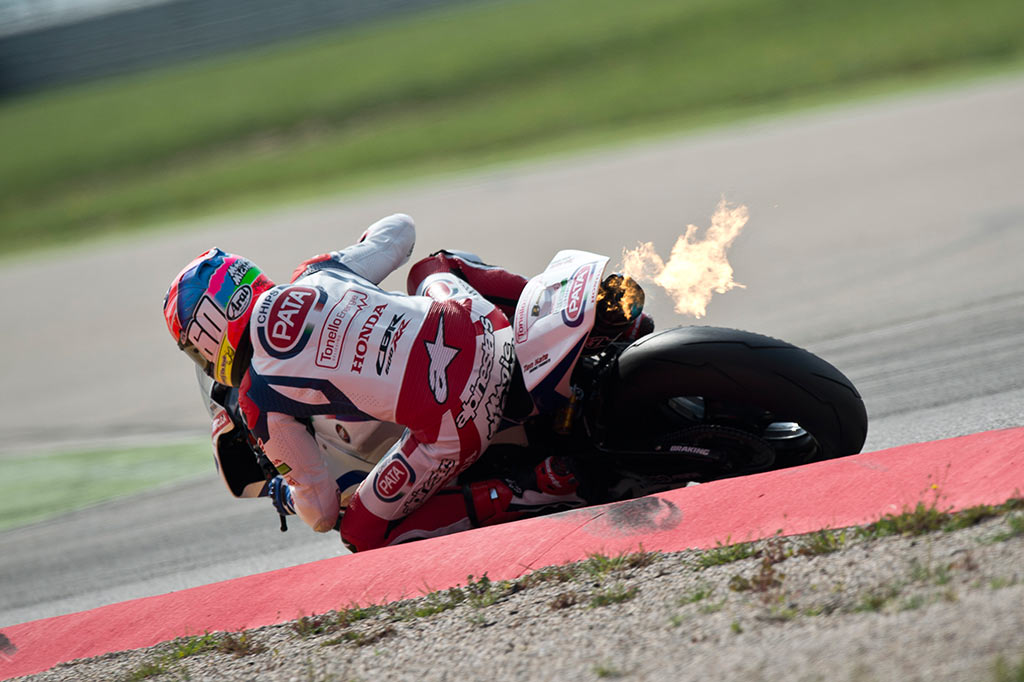 The Pata Honda team is preparing for its home race at Assen this weekend (25-27 April) for round three of the 2014 World Supersport championship. The 4.542km Assen circuit is just 70km north of the team’s Nieuwleusen base in the north of Holland and is one that the team knows well. Assen also marks the home round of Michael van der Mark. The team’s 21-year-old Dutch rider was born in Gouda near Rotterdam and is in his second season on the Pata Honda CBR600RR. Van der Mark finished second in the last race at Aragon in Spain after a no-score in the opening round, and he finished fourth in the World Supersport race at Assen last year.

Although it’s a big race for both me and the team, the approach is just the same. There’s only one thing to do, and that is to go as fast as possible! Of course, there is some more activity – it’s a busier event for me and my crew, but I have to put those things to one side and concentrate on the job. I was very happy to score some points in Aragon after crashing at Phillip Island, so I come to Assen with the confidence that gives. The CBR felt really good in Spain and we have been able to improve it a lot. The team has so much experience at Assen, I’m sure the bike will be ready to go like me on Friday morning.

Of course, it’s an important race for us as a team and it’s always nice for friends and family to come and see what we get up to the rest of the year! For Michael, too, it’ll be a weekend that’s busier than normal but we’ll give him a bike to do the job. He had a good result at Aragon and we need to maintain that momentum now.