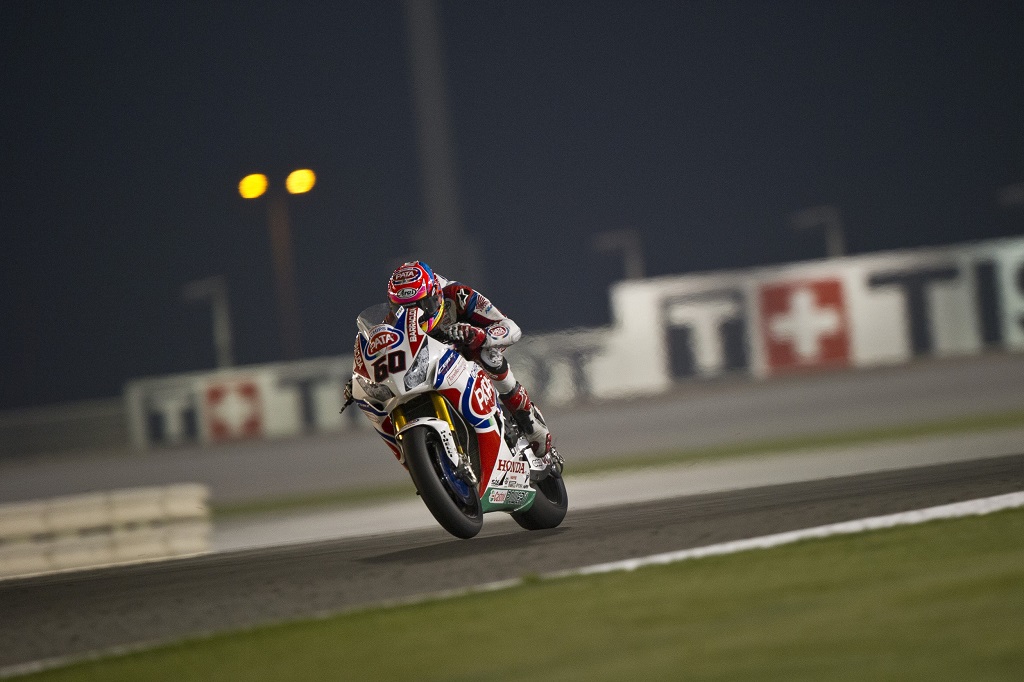 Michael van der Mark continued the impressive finish to his debut World Superbike championship by taking his Honda CBR1000RR Fireblade SP to two top five finishes in today’s final races of the 2015 season at Losail in Qatar. Starting from ninth place on the grid for both 17-lap outings, van der Mark was able to maintain the superb pace he had shown in the opening three free practice sessions, taking fifth place in race one and improving to fourth in race two. It was only when the grip from his rear tyre began to drop off in both outings that the 22-year-old Dutch ace was forced to reduce his pace but, with a points haul of 80 points from the final seven races of the season, van der Mark retains seventh place in the 2015 WSBK championship standings.

Michael van der Mark – 5th and 4th: “The weekend has been great after we started really well on Friday. The CBR felt good and the pace was strong and we were able to improve on Saturday, except in Superpole, which wasn’t so good. Tonight in race one I didn’t have the same grip as the other guys in the early laps so I had to push hard and that used up the tyres too quickly but I was able to finish in fifth. For race two we changed the bike a little bit and the pace of the front guys wasn’t as fast as in race one. I had the same kind of pace as those guys and I could stay with them but I couldn’t really get past. I kept pushing but in the last few laps the tyres were completely gone. I’m happy with two solid results for the end of the season and looking forward to start work for 2016 during testing next month.”