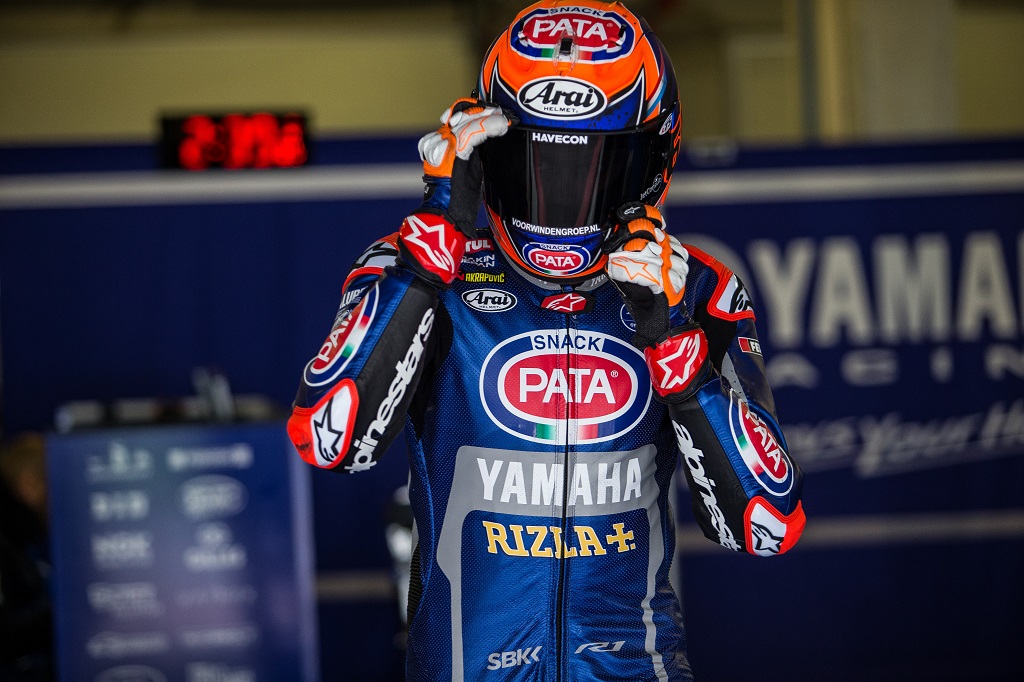 VAN DER MARK CONFIDENT THAT HE CAN MAKE ANOTHER STEP FORWARD

After a difficult opening day in Portimão, Michael van der Mark made a significant step forward on day two of the test to finish in fifth position, just over 0.3s off the time of his Pata Yamaha WorldSBK teammate Alex Lowes during the last European winter test of 2019. Van der Mark found the conditions taxing on the first day, as he struggled to find a good feeling with his Yamaha YZF-R1 and was disappointed to climb no higher than seventh on the timesheet. Major changes to the set-up of his YZF-R1 saw van der Mark rediscover his pace on day two, which he finished in fifth position, but the former Supersport World Champion is confident of further improvement ahead of the opening race in Phillip Island.

Michael van der Mark: Pata Yamaha WorldSBK – P5 – 1’42.191: “It’s been quite a difficult test for me here in Portimão. We struggled to find the right feeling with the bike on the first day, despite trying many things in the search for improvement. On the second day we started again, making some big changes on the bike and, immediately, I felt so much more comfortable. It was also difficult with the weather today, as it was quite cold with a lot of wind. We worked really hard to try many things, but there are still a couple of areas where I am missing a bit, so there is still some work to do. This is where we need to focus our efforts ahead of the next test in Phillip Island, an amazing track where I really enjoy riding. I’m confident we can make another step forward there and that we’ll be ready for the first race of the season.”