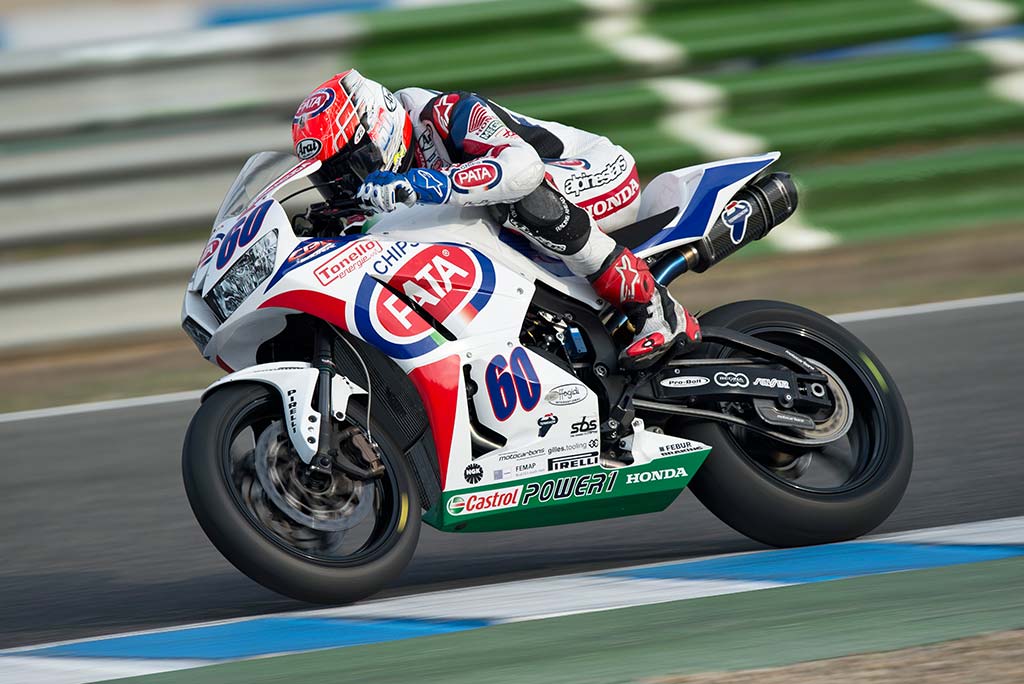 The Pata Honda World Superbike and World Supersport teams have finished pre-season testing in preparation for this weekend’s first-round championship races at Phillip Island in Australia. Michael van der Mark ended the test with the third-fastest time, less than half a second behind three-time World Supersport champion Kenan Sofuoglu.

Michael van der Mark: “I’m quite happy, and compared to last year, we have made some great steps with winter testing. I am really happy with the bike, it’s easy to ride and I think we can find some improvements for the race weekend. If we can have the race at full distance on the new Pirelli tyre I think we will have a good pace. Compared to my first visit last year to Phillip Island, it took only three or four laps to find the marks on the track and I’m really happy to be with the same team and on the CBR600RR like last year. It makes everything much easier. With the steps we have made I want to be fighting for race wins and even the championship this year. It’s going to be difficult – especially with Kenan Sofuoglu – and, after the test, we can see some other guys are fast, too. But I’m normally quite good over race distance and, if we can close the gap to Kenan, I think we can fight for the win.”

The season proper begins for Pata Honda at Phillip Island this Friday, 21 February.