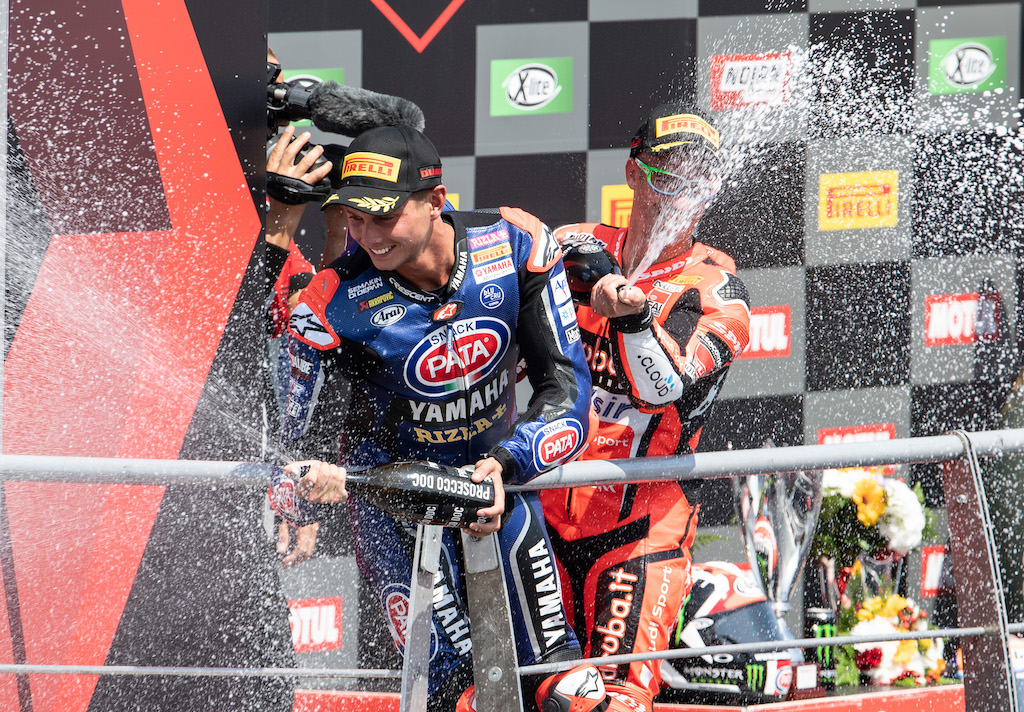 VAN DER MARK CHARGES TO THE PODIUM IN PORTIMAO

Pata Yamaha Official WorldSBK Team rider Michael van der Mark got the final part of his 2018 FIM World Superbike Championship campaign off to a flying start Saturday, with a superb third place finish in Race 1 at Portimão to secure the last spot on the podium.

Van der Mark set himself up for today’s podium finish during qualifying Saturday morning, which the 25-year-old Dutch rider finished just 0.2s off pole position to secure fifth place on the second row of the grid for the race. The track temperature had risen significantly by the time the riders lined up on the grid, with the result that rear grip became increasingly difficult to find. However, van der Mark was able to maintain a fast and consistent pace in fourth place during the first half of the race, before being elevated to third when Lorenzo Savadori crashed in front of him at half race distance.

Michael van der Mark: “I’m quite happy with today. It started in Superpole, where we were able to improve the bike a lot to finish just 0.2s off pole position and secure a second row grid position in P5. But right from the start of the race I was struggling a little for rear grip. That’s something we need to look into tonight to see if we can find some improvement, but we can be happy with the podium today. Now we have to work hard for the second race tomorrow, where I hope we can push for the podium once again but this time from the third row of the grid.”

Van der Mark is confident of securing a good result tomorrow in Race 2, which gets underway at the later than usual time of 15.15 (local time).