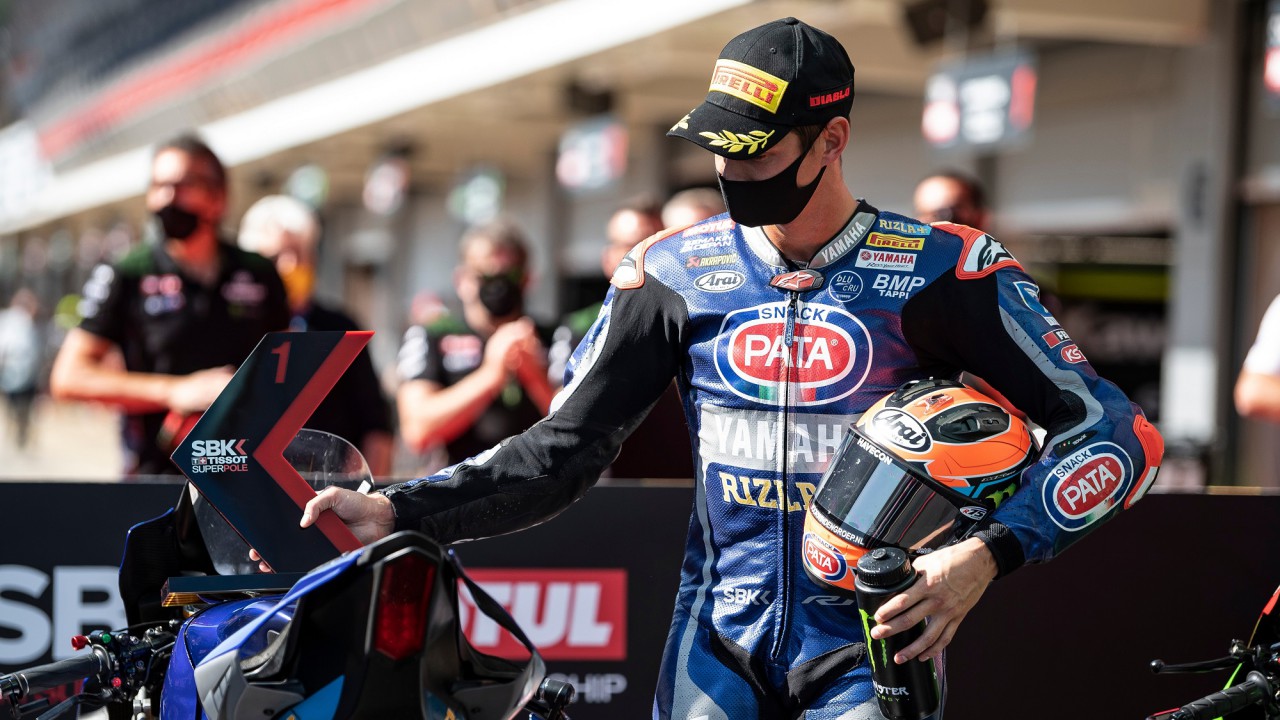 Michael van der Mark won his first race of the 2020 FIM Superbike World Championship for the Pata Yamaha WorldSBK Official Team with Rizla at Circuit de Barcelona-Catalunya today, with a commanding victory in the Tissot Superpole Race. He followed up this stellar performance with a fine second-place and another podium in Race 2.

Starting from fifth on the grid this morning, the Flying Dutchman made swift progress up to second place on the opening lap of the 10-lap sprint race. By lap three, the front group of Alvaro Bautista, Jonathan Rea and Van der Mark had pulled away from field until Bautista suffered a violent highside directly in front of the other two riders. Van der Mark avoided being caught up in the incident and immediately pulled away into the lead. His pace and consistency in the remaining laps delivered a winning margin of over 2.3 seconds over Rea.

The win meant a start from pole position for Race 2, which the 27-year-old took full advantage of. Following a short tussle with Chaz Davies and Michael Ruben Rinaldi, it was Davies, Van Der Mark and a surging Garrett Gerloff who settled into the leading trio. The Pata Yamaha rider challenged Davies strongly for the victory but in the final laps, with front grip becoming an issue, he engaged in a thrilling battle with GRT Yamaha WorldSBK Junior Team rookie Gerloff for second place, with Van der Mark narrowly the ‘victor’ at the chequered flag.

Michael van der Mark – SPRC: P1 / R2: P2: “It’s been a really, really good Sunday. This morning I had a great start in the Superpole Race and I was following Johnny. I felt so good with the bike and felt sure I could battle with him, then Alvaro passed us both on the straight. Unfortunately for him he crashed and I was lucky I didn’t lose any time. I got to the lead and had such good pace, really quick and consistent as was able to pull away from Johnny. So, I’m really happy to take my first win this year!”

“Then for Race 2, I started from pole position which is ideal. I had a good start, and for the first few laps I tried to feel how the grip levels were and how the bike felt. Chaz and Rinaldi passed me but I wasn’t worried as I knew I could keep the same pace as them. I overtook Rinaldi and tried to catch Chaz, but we both had our ‘strong points’ of the track. I passed him once, but to be honest I had to ask too much of my front tyre to stay with him, he wasn’t pulling away massively but every lap just a little bit. During the race I also had a little battle with Garrett, then I dropped him until two laps before the end when I made a small mistake – and there was Garrett again! Another nice battle in the last lap and I’m happy to finish on the podium in P2. I’m looking forward to Magny-Cours now, it’s good to have a few podiums under our belt, so let’s try and repeat it there.”