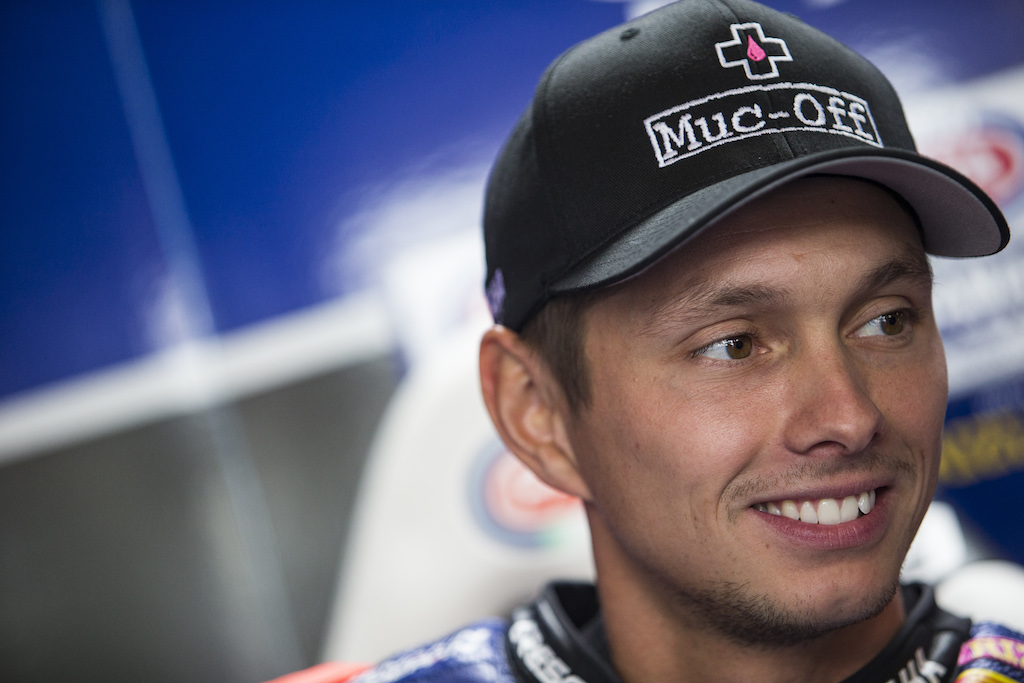 Off the back of three podiums in the last four races, Michael van der Mark and the Pata Yamaha Official WorldSBK Team head into Round 8 of the 2018 MOTUL FIM Superbike World Championship at Laguna Seca in the USA this weekend full of confidence. Van der Mark is looking to build on his ‘Donington double’ and podium finish in Race 2 at the last round in Brno and feels that he will be able to fight at the front once again.

It has been an incredible last two rounds for the Pata Yamaha team, with van der Mark taking both race wins at Donington Park and Alex Lowes also getting in on the action after a brilliant ride to victory in Race 2 at Brno and van der Mark completing the first ever WorldSBK Pata Yamaha 1-2. Buoyed by these results, Van der Mark head to Laguna Seca brimming with confidence and ready to fight for victory once more.

Van der Mark’s recent results, including his fourth-place finish in Race 1 at Brno, have seen the 25-year-old Dutch rider charge up the championship standings to currently occupy third with 196 points, just nine behind Chaz Davies in second. Apart from his DNF in Race 2 in Imola, the 2014 WorldSSP Champion has not finished outside of the top ten all season and in the last four races, he has two wins, a second-place finish and a fourth to his name, highlighting his superb form in 2018. Laguna Seca has not been the happiest hunting ground for van der Mark in the past – his best result being a fourth in 2016 – but he feels that with the improvements made to the Pata Yamaha R1 this season, he can be a force to be reckoned with once more.

The iconic WeatherTech Raceway Laguna Seca was originally built in 1957 and is located in Monterey County, Central California. Hosting its first WorldSBK race in 1995, it was a permanent fixture on the calendar until 2004, before making its return in 2013 and being ever-present since. It is 3.610km long, has 11 corners, four right and seven left-handed, breathtaking elevation changes of over 55m and, of course, features the iconic Corkscrew.

Michael van der Mark: “I love coming to the Laguna Seca circuit. Last year my results were not great here but this year the bike has improved so much, as we could see at the last couple of rounds, so I am really confident we can fight for the podium again. I am enjoying riding my Pata Yamaha R1 at the moment, with all the team’s hard work really paying off, and I can’t wait for FP1 to start at this amazing circuit so we can continue our great form.”

It is only the WorldSBK class that races at Laguna Seca and the on-track action kicks off for the Pata Yamaha Official WorldSBK Team on Friday at 9:45 am local time (GMT+9) for FP1, with both races taking place at 2 pm on Saturday and Sunday.