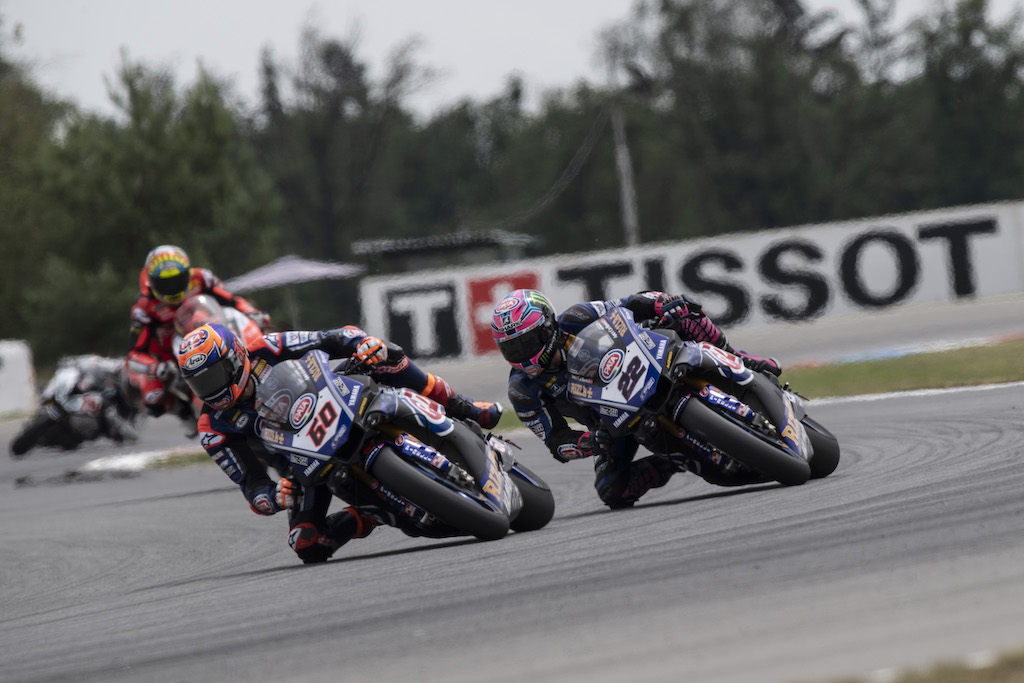 Pata Yamaha Official World SBK team riders Michael van der Mark and Alex Lowes celebrated the MOTUL FIM World Superbike Championship’s return to the Automotodrom Brno after a six-year absence with an intense two-way battle round the flowing Czech circuit. It was Donington double race winner Van der Mark who emerged the winner of the two, securing the fourth spot ahead of Brit Lowes in fifth.

Dutchman van der Mark began race one from sixth on the grid after a strong qualifying performance and began to hunt down the front pack. Making the most of the diminishing grip levels, van der Mark was able to catch up to teammate Lowes and Italian Marco Melandri who was applying pressure to Tom Sykes for the second position. The Dutch Yamaha rider was ultimately able to get ahead of his teammate towards the end of the race following a fierce fight between them to secure fourth, placing him on the front row for tomorrow’s Brno WSBK race two.

Michael van der Mark: “We had a good Superpole, I was happy with my lap and qualifying tyre, sixth was not a bad place to start. In the first race start I was making my way to the front then we had a red flag, it was lucky as we had some problems with the rear. For the second start I changed some things on the bike and felt quite strong – I was making my way to the front, but after a few laps I started to struggle with the front, and it was only getting worse and worse. I managed to close the gap to Alex and pass him and I finished fourth but for sure we have to fix the problems on the front to be able to fight for the podium tomorrow.”