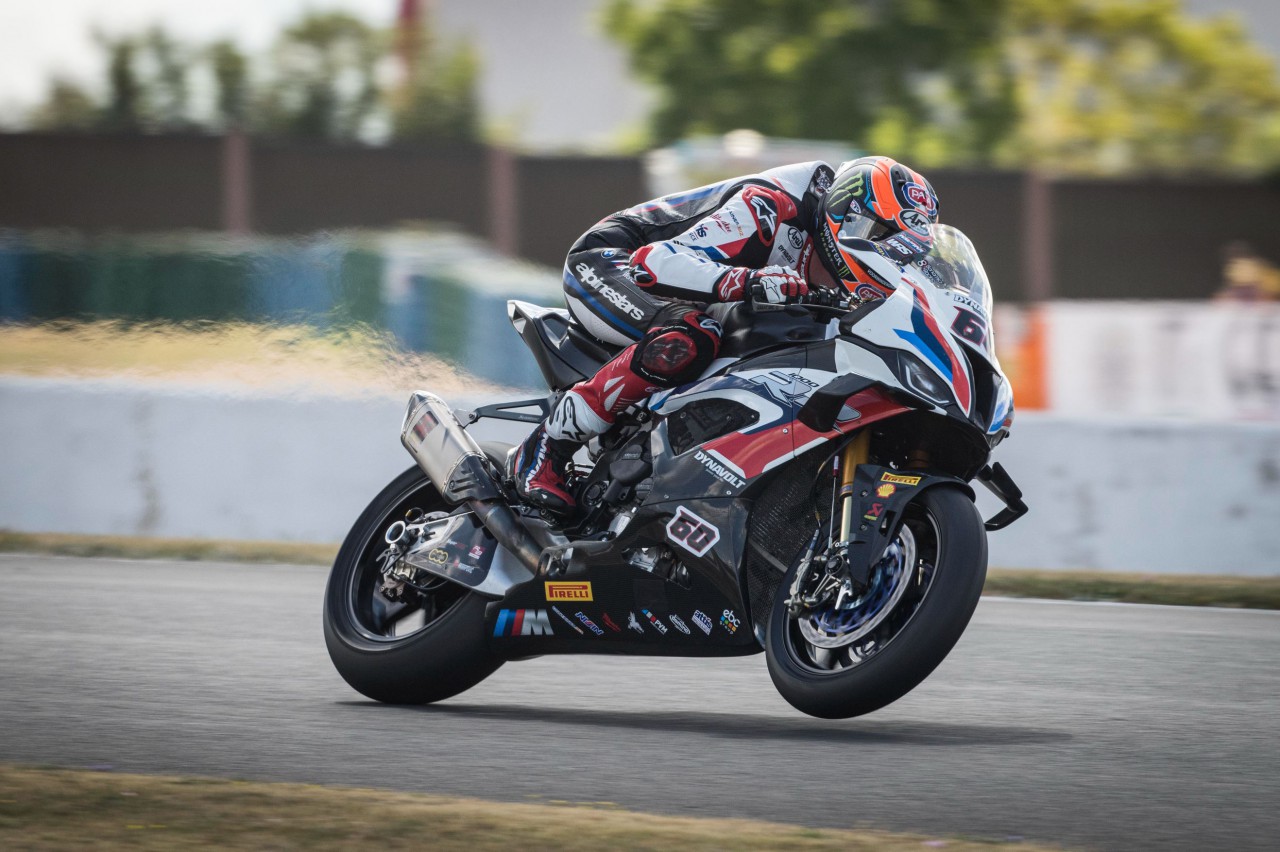 The BMW Motorrad WorldSBK Team today returned to on-track action for Round 8 of the World Superbike Championship at Magny-Cours, France. This morning’s opening session of the weekend saw mixed conditions with rain in the early stages with most riders opting to sit out the start of FP1. Michael van der Mark was fast out the box for the final moments in FP1 as he set a lap time of 1’38.542, putting him in P2.

As the afternoon approached track conditions improved which meant we had a full dry session for FP2. Van der Mark again had pace in the opening minutes of the practice and was sat in the top 3 places for majority of the session. Unluckily Michael suffered a technical issue which meant he missed the closing moments in FP2, finishing P10 overall.

Michael: “To be honest this day has not been that bad. This morning we had to wait until the track was dry and when we had a dry line, I felt fast on the bike and had a good feeling with the BMW M 1000 RR. In FP2, I started really well but struggled with stopping the bike as it felt a bit nervous, so we tried to solve that. Towards the end of the session with a fresh tyre I made a mistake when on a good lap, and then unfortunately we had a mechanical issue right at the end of the session. But overall, I am feeling good with the bike. We haven’t changed too many things, so the base of the bike feels good. We just need to make the bike a little more stable on braking.”